Australian filmmaker Claire McCarthy is the director (“The Turning”) of this clever but uninspiring feminist version of Shakespeare’s Hamlet. It’s based on Lisa Klein’s 2006 young adult novel and is adapted by screenwriter Semi Chellas. It rethinks the fate of the doomed Ophelia (Daisy Ridley, Star Wars leading lady), driven to madness and the pawn in the middle of a family dispute. It’s the first time we hear what Ophelia is thinking about her fate, in this gender-bending melodrama that leaves her looking like the most sensible character in the play.

The target audience is a young female one.

Naomi Watts is fine as the bad behaving Queen Gertrude. The queen gets good vibes from the 15-year-old Ophelia and makes her one of her ladies-in-waiting.

With the death of his father, the young Hamlet (George MacKay) returns from boarding school to Elsinore with the expectation of taking his father’s place on the throne. But Hamlet’s scheming uncle Claudius (Clive Owen) has beat him to it by marrying his mom, and is suspected by Hamlet to be his father’s killer. Hamlet therefore seeks revenge.

Ophelia engages a rural witch (also played by Watts), the Queen’s lost sister, to procure the queen mood-enhancers; meanwhile Ophelia has a spirited relationship with the flirting Prince Hamlet, even warning him not to act like a jerk around her.

The palace intrigue yields to following instead what Ophelia does. Does it work? Well, it made it a less gloomy drama and gave it a new modern look, one that worked for me as a different way (not a better way) to approach Hamlet. In the original, Hamlet descends into murdering madness by dealing with ghosts and abusing the sweet and innocent Ophelia. He also kills her father Polonius (Dominic Mafham) and drives Ophelia to madness and to her ultimate demise. But the new version is replaced by a feminist plot twist.

Some viewers would probably say that what’s been around for some 400 hundred years, a play written by the Bard and considered by many the best play ever, shouldn’t be so radically changed. As for me, I would never write off the original, but the new gorgeous looking version freshens up a play that can easily handle changes. But by using an awkward modern day dialogue and not getting the narrative to sizzle like it does in the original, the new version left me not totally feeling it. There’s something about it that smells rotten. 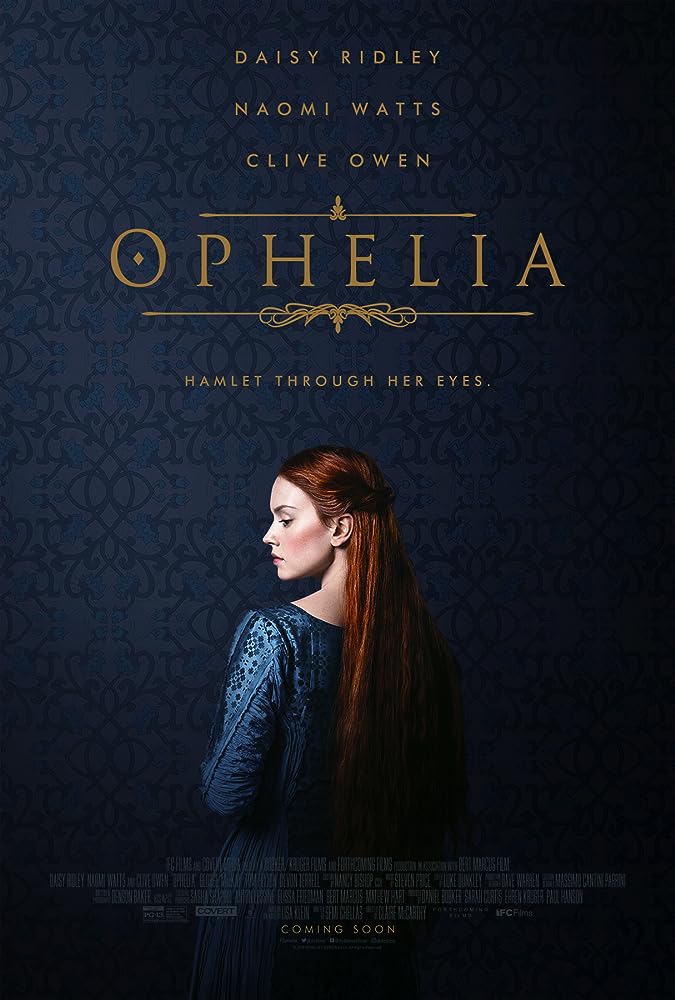