ON OUR MERRY WAY

Strained slapstick comedy with a star-studded cast. It’s co-directed by King Vidor (“The Citadel”/”Duel in the Sun”/”Bird of Paradise”) and Leslie Fenton (“Streets of Laredo”/”The Redhead and the Cowboy”/”Whispering Smith”), with neither director up to making it funny. It’s based on a story by Arch Oboler and John O’Hara is one of the writers. The anthology movie is comprised of three separate stories. Originally released under the title A Miracle Can Happen. It was the creation of star Burgess Meredith, who also co-produced it with Benedict Bogeaus.

Meredith’s whimsical misfire revolved around the theme of an inquiring reporter, Oliver Pease (Burgess Meredith), asking adults “Has a child ever changed your life?” In reality Oliver only works the front desk at the newspaper answering the phone for want-ads, but told his classy wife of seven months, Martha (Paulette Goddard, in real-life married at the time to Meredith), that he was an inquiring reporter in order to impress her that he makes $50 bucks a week. Through unusual circumstances Oliver gets a crack for one day to be the inquiring reporter, as he gets up enough nerve to trick the editor (Charles D. Brown) into giving him the gig because his wife is badgering him to ask better daily questions.

The first episode Henry Fonda and James Stewart star as Lank and Slim, a pair of bickering California jazz musicians who try to pick up some fast cash by rigging a music talent contest. They are taken in when it turns out that their scam involves a babe rather than a baby.

The second episode stars Dorothy Lamour and Victor Moore as movie extras Gloria Manners and Ashton Carrington trying to contend with an obnoxious child star. The episode’s highlight has Lamour in a self-parody sing about her sarong-clad cinema image.

The third episode was inspired by O. Henry’s Ransom of Red Chief. Fred MacMurray and William Demarest star as con artist hoboes Al and Floyd, who are at their wits end having custody of a feisty young practical joker. His wealthy uncle Eli Hobbs (Hugh Herbert) refuses to take him back without receiving some cash in return.

The messy film that promised so much because of all the talent involved in the project, never worked artistically and didn’t fare well at the box office and today is a forgotten curio. 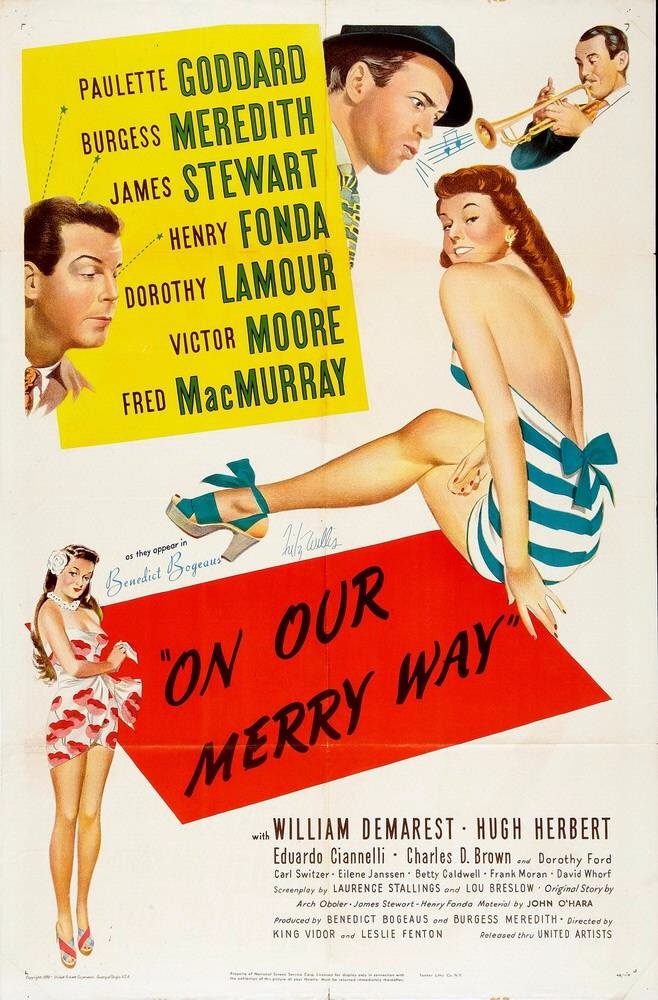