Robert Enrico’s slow moving war melodrama “The Old Gun” is set in 1944 during the last months of the German occupation of France. It’s co-written by Enrico and Pascal Jardin and Claude Veillot. Bourgeois doctor Julien Dandieu (Philippe Noiret) is a surgeon in the provincial hospital of Montauban. He’s a family man whose aid to the Resistance is calculated on taking as few risks as possible. With liberation near and the S. S. German forces still in town, Julien has his wife and daughter driven by his friend Francois to his old castle retreat in the country to wait out the war in safety (fearing the S.S. might retaliate against his family for his Resistance work). After a week of not hearing from them, he pays them a weekend visit and witnesses the senseless slaughter of his loved ones by the drunken and demoralized dozen or so S. S. Germans occupying the village as they retreat. The mild-mannered Doc seeks revenge to relieve his grief and promises to personally kill every one of the Germans responsible. He retrieves his old hunting rifle and becomes a one-man death squad, as he catches up with the Germans bivouacked in his chateau. This is the heart of the film, focusing in with closeups on Noiret’s puffy face to determine how much he’s affected by his loss and to what extent he will go to get satisfaction. The character study part was interesting, but too much of the film is in flashbacks. To get to know his beautiful wife, played by Romy Schneider, we first see her tortuously burned to death by a Nazi flamethrower and then there are a dozen or so flashbacks that fills us in on his life story.

Though a classic in France, whose memories of the occupation are haunting and filled with such unpleasantness, the film doesn’t transfer well to those out of the loop. The long flashbacks added an awkwardness and incoherence from which the film could never recover from and get its feet back on the ground. 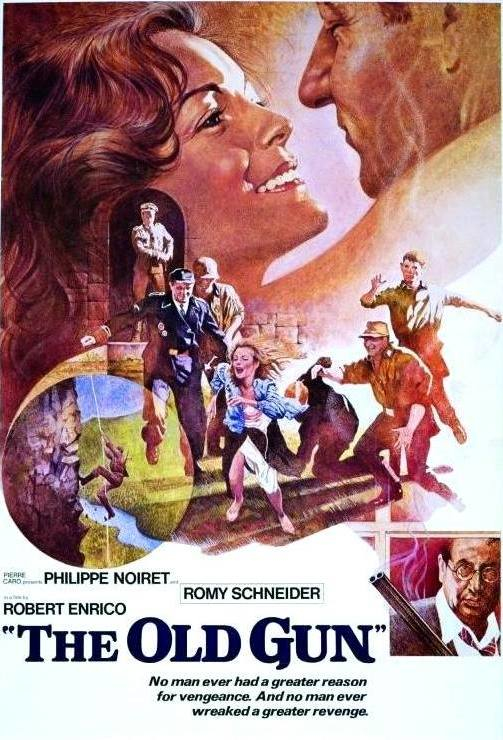