OH IN OHIO, THE

“It’s a harmless feel-good romantic comedy which offers a lot of cheap thrills and lowbrow comedy, but is too dysfunctional to stir up an orgasm.”

The unfunny sexual sitcom comedy (the “Oh” in the title is a sexual climax) is helmed without flair by first-time feature film director Billy Kent (known for TV commercials); it’s thinly written by first-time feature film writer Adam Wierzbianski and is based on a sophomoric story by Sarah Bird and Mr. Kent. All the adult jokes have to do with combating a sexual dysfunction. The film offers nothing fresh on women’s sexuality (the 1998 “Sex and the City” TV series has exhaustively covered whatever this film brings to the table). It also suffers from lack of timing to pull off its smutty comedy, offers no nudity despite all its supposed sexual frankness and promise of bawdy sex, and it does not meet its other sweetly desired aim to become a straightforward relationship flick.

“Queen of the indies” Parker Posey plays Priscilla Chase, a thirtysomething uptight frigid suburbanite public relations executive in charge of bringing businesses to Cleveland. We soon learn that the “prettiest girl in Cleveland,” who has been married for ten years, has never had an orgasm. Priscilla’s married to a depressed Cleveland high school biology teacher Jack Chase (Paul Rudd), who has become a lousy teacher because of the marital problems.

After Priscilla confides her marital problems to outspoken coworker (Miranda Bailey), she goes to marital counseling with Jack and then attends solo the classes of New Age orgasm coach Alyssa Donahue (Liza Minnelli). The coach instructs her in getting familiar with her body parts and pleasuring herself. Liza in her comeback role hams it up in the only scene she’s in by giving her sexual advice with a wacky flourish. Priscilla will then go the vibrator route on advice from animated lesbian sex-shop clerk (Heather Graham), but rejects her sexual advances. The sighing because of the vibrator will drive Jack out of the house to live in the Manly Arms apartment complex (a place loaded with double entendres). Here he will break out of his rut with one of his students, the underaged sexy Kristen Taylor (Mischa Barton), who has multiple orgasms and relishes that she can ease the teach’s pain. As Priscilla gets the hang of the self-pleasure thing, a widowed roly-poly pool guy entrepreneur, Wayne, played by Danny DeVito, comes along and tries to sell Priscilla a pool and they soon become more than friends as they touch in intimate ways and find the “Oh” in their lives.

It’s a harmless feel-good romantic comedy which offers a lot of cheap thrills and lowbrow comedy, but is too dysfunctional to stir up an orgasm. 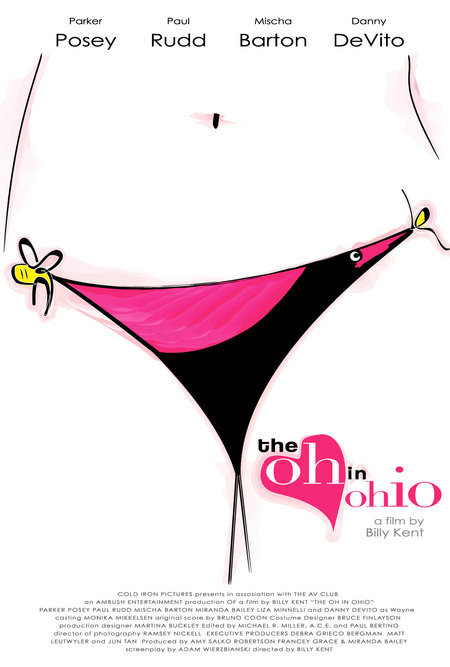