“It’s one of the better ‘women pictures,’ though it got too weepie, mushy and full of itself for me.”

Irving Rapper (“Rhapsody in Blue”/”One Foot in Heaven”/”Marjorie Morningstar”) is all in as he directs this psychological soap opera about the transformation of a repressed ‘Old Maid.’ He makes it into an Ugly Duckling tale. It’s based on the Olive Higgins Prouty novel with a soggy screenplay by Casey Robinson. The author took her title from Walt Whitman’s “The Untold Want” in Songs of Parting.

Now, Voyager was Bette Davis’ biggest Warner box office hit of the ’40s. It’s one of the better ‘women pictures,’ though it got too weepie, mushy and full of itself for me. It’s famous for Bette Davis telling her married lover, Paul Henreid, let’s not ask for the moon if we have the stars. And for the scene where the smooth Henreid lights two cigarettes at once and gives her one. I think the sentimental pic works so well because it has all the cheesy ingredients to make it work as a Hollywood classic, and none of the arty touches to deflate its sad love story.

Worldly Boston shrink Dr. Jaquith (Claude Rains), after improving his ill patient with a stay at his sanitarium so she avoids a nervous breakdown, now recommends an ocean voyage to see if she can become independent from her possessive mom. The patient is Charlotte Vale (Bette Davis), adowdy thirtyish neurotic spinster with an overbearing aristocratic monster mom (Gladys Cooper). She still lives with mom in the Boston family mansion.

Aboard the luxury liner Charlotte meets nice guy sophisticate Jerry Durrance (Paul Henreid), an unhappily married man, trained as an architect but is not doing what he loves because his bossy wife doesn’t want him to. The rather soft guy is also alone on the voyage. His friends, the McIntyres (James Rennie & Lee Patrick), tell Charlotte that the devoted father will never leave his two daughters.

During the cruise they get off the boat in Rio de Janeiro, and though alone remain chaste for a few days before rejoining the boat in Buenos Aires.

Despite no sex they fall in love, but promise not to see each other after the voyage.

The voyage affair has made Charlotte more confident and chic, which enables her to have a better relationship with her domineering mom. Charlotte looks more attractive and becomes engaged to the eligible widower Elliot Livingston (John Loder). At a party she meets Jerry, who is at least happy to be working now as an architect despite his domineering wife’s objections. Jerry’s marriage has badly affected his repressed daughter Tina (Janis Wilson), whom Charlotte sympathizes with and gets permission from the shrink to take the child back to her mansion to be treated with a surrogate mother’s TLC. Charlotte breaks off her engagement when she realizes she doesn’t love the widower and dedicates her life to helping Dr. Jaquith’s clinic thrive with her large financial donations. While she raises Jerry’s troubled daughter, she leaves the frustrated martyr with his unwanted wife. Charlotte finds being with Tina gives her the feeling of being close to the man she loves. It’s hard to swallow such crap, but in this pic that explanation works.

The love story is out of whack, but since the pic was so popular it probably connected with a large audience who have also given up finding love in a marriage yet remain married for either the children’s sake or perhaps because of their religion. 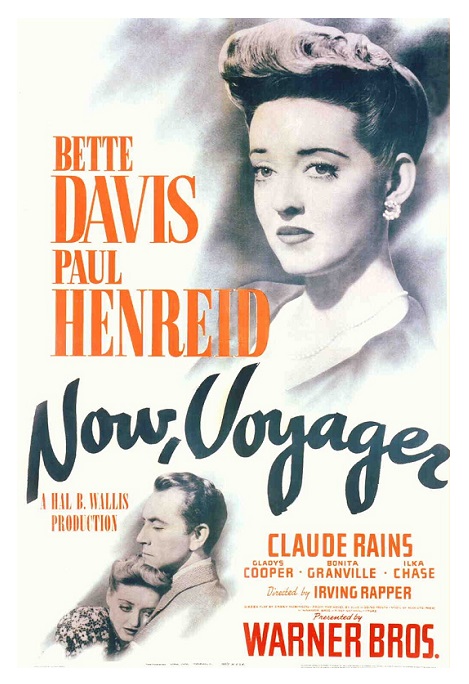