NOT SO DUMB (DULCY)

“A lame farcical comedy that really is dumb.“

A lame farcical comedy that really is dumb. It’s based on the hit 1921 Broadway play Dulcy by George S. Kaufman & Marc Connelly. It’s directed by King Vidor (“The Big Parade”/”The Champ”) in a spirited way, but the comedy is dated and the popular comedy of its time seems like dreck today.

This was only the second talkie for Ms. Davies. It’s “A Marion Davies Production,” financed by her newspaper magnate lover William Randolph Hearst. It was released through MGM.

The film bombed at the box office even with some good reviews. It was previously made in 1923 as a silent called Dulcy. It was filmed once more in 1940 under its original title Dulcy with Ann Sothern in the title role.

The Dulcy character is “based on columnist and Algonquin Table alumnus Franklin Pierce Adams’ popular character Dulcinea, a good-hearted but dimwitted dame who frequently uttered silly little things that turned out to be far more intelligent than she realized.”The moronic chatterbox Dulcy Parker (Marion Davies) can’t help saying all the wrong things. The well-meaning blonde bimbo wants to help her struggling fiancée Gordon Smith (Elliott Nugent) land a lucrative business deal with his boss Charles Forbes (William Holden), in the jewelry business, so she invites the gruff NYC boss with his wife Eleanor (Julia Faye) and Eleanor’s step-daughter (Sally Starr) for the weekend to her California country home. Other guests include a fake millionaire (Donald Ogden Stewart), all too willing to finance Gordon in his own business; a pompous high-strung movie writer (Franklin Pangborn), whose sharp comedy act steals the film and even makes this bad film watchable. Also included for the week-end party are Dulcy’s brother (Raymond Hackett) and the reformed thief ex-con house butler (George Davis). The scatterbrained Dulcy does all the wrong things but for the right reasons and is rewarded in the end by securing for herself and her boyfriend a rich future together.

This vehicle brings the screwball comedy to Hollywood, with far better ones to soon follow. 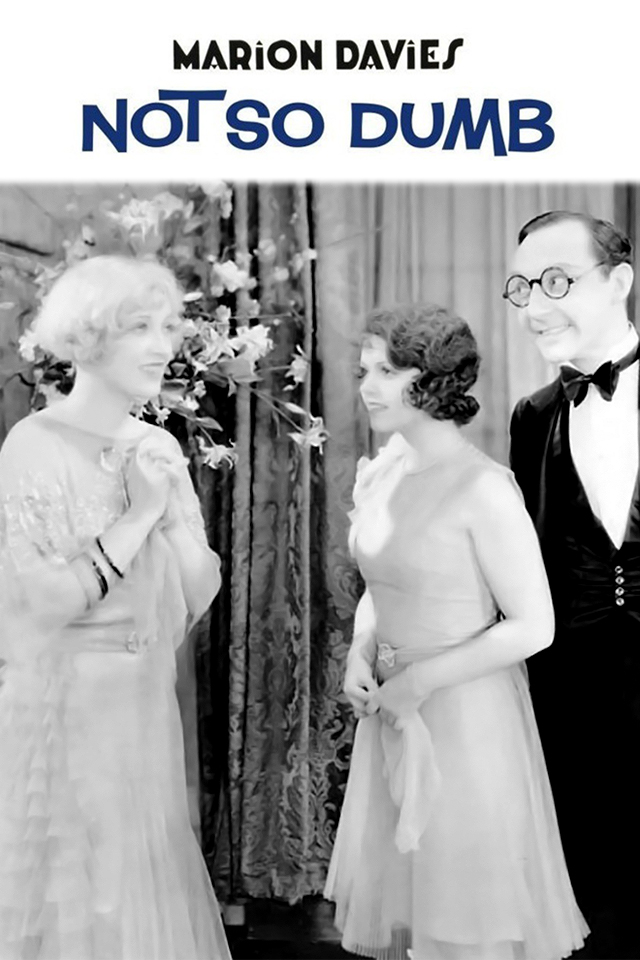