NO TELLING (The Frankenstein Complex)

“This is a film about secrets.”

This is a film about secrets: some that are innocent like those of a cute little farm girl, Frances Boyd (Ashley); and, other secrets that cause personal friction like those between an upscale professional married couple. There are still other secrets that have an even greater implication for the world, of a bottom line science carried out by greedy big corporations.

Geoffrey Gaines (Stephen Ramsey) is a medical researcher working for a big corporation called Fex and is striving to get a patent for his experiment and become recognized in his field. His artist wife Lillian (Miriam Healy-Louie) reluctantly stands behind her husband’s science, suppressing her natural artistic tendencies in order to make the marriage work.

The scientist receives a grant to study “chemo-electric therapy.” Geoffrey and his wife are hoping that a summer spent away from the intensity of the big city will bring back the romance that is dwindling from their marriage and that the low-key country atmosphere will give them more time together. Their three year marriage has become shaky because he is more interested in his work than he is in her. He has slyly managed to keep his work as secretive as possible by locking himself in the lab, as he conducts experiments on rats and mice. He has convinced her that his experiments on animals will benefit humanity with possible new treatments and cures to illnesses. His main argument is that this is what the public wants, they don’t want to hear about how some animals had to die, they just want the benefits of science.

Geoffrey is depicted as a monster creating another monster, much like Frankenstein was created, which is the argument used by the director against bad science (science as a business) as opposed to the good science (science that cares about the small farmer). Alex Vine (David van Tieghem-he’s a noted percussionist who has worked with Brian Eno & Talking Heads, and as a member of Laurie Anderson’s group) is a young ecologist who chooses to work in the field without notoriety, trying to get the farmers to go back to organic farming. He is hired by the university to monitor the dangers of pesticides and all the chemicals the farmer is almost forced to use to survive financially, and finds it is doing irreparable harm to the consumer because of all the health risks attached to this new way of farming. These methods have just come about in the last thirty years and are being pushed by the big companies to enhance their profit margins.

The third view is the artist’s represented by Lillian. She points out that the artist’s work is shown in public and scrutinized constantly, “So why shouldn’t the same be true of the scientist?” She argues that the artist is the watchdog for the public, questioning what is good or evil in society something that bad science has completely ignored.

Geoffrey, impatient to get ahead with his research, feels bogged down by the bureaucrats in his firm who fail to provide him with the three chimps he needs to experiment on. He decides that he can’t wait any longer for their help, so he sets an animal trap in the countryside and catches the dog Chester. He’s the gorgeous pet of Frances, a dog that means so much to her and her family because he once saved her life. While out in the field with the bloodied trapped dog already in the back seat of his car, he is spotted by Alex and one of his co-workers and nervously invites them to his house for dinner.

In the dinner scene that was, unfortunately, flatly done, all the main characters get a chance to speak their mind. The radical ecologist, a vegetarian, refuses to eat the meat served. Both scientists engage in a rational argument and have opposite views; while Lillian reacts in an emotional way, siding mostly with David’s view but coming at it from a much different angle. It was as if the actors were puppets on strings that the director controlled and they just spewed out a litany of generalized philosophies. That the director’s point of view seems to be the most logical one, is beside the point. Geoffrey was likened to a hideous monster; Alex Vine was likened to his last name, the one who holds fast to the ground ensuring that the plant has stability; while, Lillian was likened to the muse of poetry and art, the inspiration for goodness and beauty.

The scientist’s marriage is coming apart and all his cunning tricks to possess her are no longer working, as there becomes no reason why she should remain with such a monster.

The tortured dog is discovered by Alex and Lillian, after Geoffrey is seen by them electrically shocking it. Mercifully the dog dies. The only thing left for her to do is walk out of the marriage, but she also fails to respond to David’s loving gesture and instead heads back to the city.

What is progress? Is the small farmer about to become extinct? Can the environment be saved?

The answers to these questions can best be answered by either good science or art, which are both closely related to the American Natives vision of a world entrusted to mankind to respect and enrich.

Perhaps the most powerful visual statement in the film, was the dead cow from pesticides shown in the opening scene. It was the image that Lillian spent her time painting all summer and had the same affect for her as did the animal faces in Guernica had for Picasso. Both artists envisioned the horrors that man could do against the world.

The pain that Lillian feels is mirrored by the song, “Make The World Go Away.” It plays in the background after she has learned that Frances’ beautiful dog has been brutalized by her monster husband, all in the name of science.

Perhaps the most pertinent question the film asks, requires an answer that must be given by the farmers and the consumers who are most caught in the changing world and its new way of doing business: Can science be happily married with art? 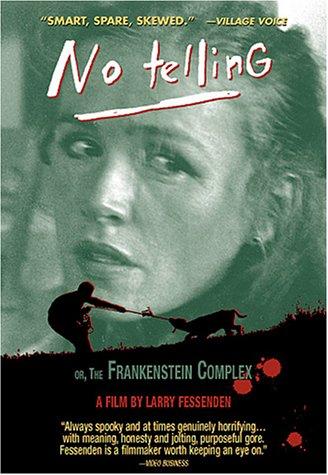