Hal Hartley’s “No Such Thing” offers a new interpretation of “Beauty and the Beast” that is told in a silly and heavy-handed manner, but at times sparkles with original wit. As off-the-mark as this black comedy was, mainly because it was more theatrical than cinematic friendly, it still had an unpredictability and an ability to get under the skin of modern society with its barbs. But, alas, Hartley’s attempt at doing a media satire in such a heavy-handed way ruined the freshness of its fairy-tale story. No Such Thing got off to a good start but couldn’t sustain its early pace and by the halfway point its cardboard satire grew tired. When it also started dropping obvious humanistic messages in a plodding way, it began to feel even more wearisome. Even though the premise was good and Hartley’s quirky sense of dark humor showed its fangs from time to time, nevertheless, I only wished it was a better film than it turned out since I sympathized with where Hartley was going with this satire.

There’s a brooding, angry, alcoholic, insomniac, live monster (Robert John Burke) in an unreachable island off the Icelandic coast who abhors humanity, calling “human beings the poison ivy of the universe.” He has been around forever and is indestructible. When people bother him by their presence he spews out fire from his mouth to destroy them and lifts a building off its foundation, as he kills and mutilates a NYC TV crew doing a human interest investigation story on the incredible report that there’s a monster in those parts.

The heartless and crude TV producer boss (Helen Mirren) of fictional station WRQE is a symbol for the cold-hearted media, as she’s only interested in getting ratings for a story and serving her own greedy interests. It’s only when she senses a big story about the monster, that she takes an interest in knowing about her deceased crew. One of her lowly news reporters, the blonde, angelic looking, Beatrice (Sarah Polley), talks the boss into giving her the assignment since her fiancé was one of the TV crewmen who was killed. On the way to Iceland, Beatice’s jumbo jet crashes in the sea and she miraculously turns out to be the only survivor. But she’s severely injured and might never walk again. Under the care of a sympathetic Dr. Anna (Julie Christie) and the daring and painful experimental operation performed by a brilliant surgeon, she fully recovers six months later.

Beatrice feels obligated to find out on her own what happened to her boyfriend, and upon leaving the hospital she treks by horse to the remote village nearest to where the monster resides. The scared villagers deliver her to the monster along with bottles of booze as a gift, as beforehand they got her drunk and she passes out. When she awakens she’s in the residence of the furry creature with fangs and horns, who is bored with humanity’s stupidity and only wishes to die. He has fun threatening to kill her, but soon is won over by her gentleness which has a musically calming effect on his troubled soul. He tells her that the only thing he wants is for her to find the only person who can destroy him, a mad scientist named Dr. Artaud (Baltasar Kormakur). But he can’t be located. She agrees to do this if he comes with her to NYC to her former TV station and if he promises not to kill anymore. A deal is worked out so that her TV station gets the scoop on the monster story, and they in turn will use their unlimited resources to find Dr. Artaud. He has been held in secret by the government to develop weapons of mass destruction, but the TV station arranges for him to meet with the monster at a NYC hotel reception. When the TV station pulls a double-cross and instead aims to keep the monster alive to milk the story, and they also hire scientists to perform torturous tests on his indestructibility — the violated Beatrice rescues both Dr. Artaud and the monster from the grasps of civilization. The heavy theme spouted is that this monster is us– we created it. That the monster’s bugged by an overdose of info, as all the media news is just noise in his head and it’s driving him crazy. The lingering question the film leaves us with is, “What will the world be like without monsters?”

For all its failings and sophomoric plot devices, it’s still a suggestive piece of work that was well-acted. Hartley’s deadpan-hipster humor and his sardonic take on the world were thrown around in a lazy fashion in this shapeless story, but when the film was on its mark there was emotion shown for the kind-hearted and curious Beauty and the cantankerous, world-weary, Beast. It’s not a particularly good film, but neither is it a monstrous one. 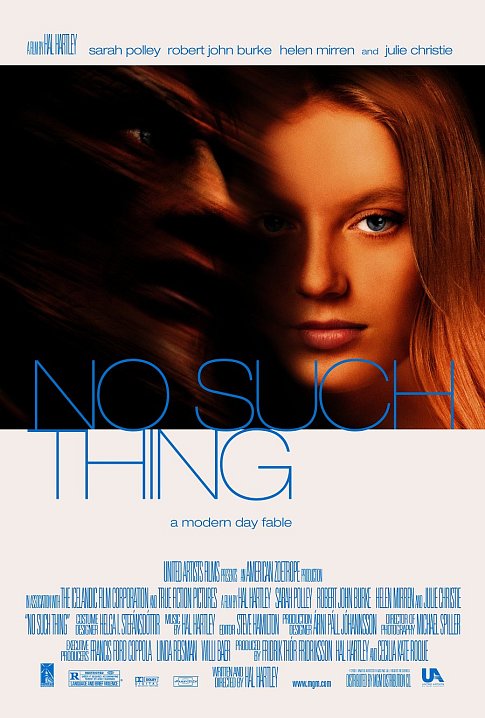