The great Japanese filmmaker Mikio Naruse (“Apart from You”,“Every-Night Dreams”, “Street Without End”, “When A Woman Ascends The Stairs”, “Late Chrysanthemums”), one of the four best filmmakers in Japan’s history, who compares well with the likes of Yasujiro Ozu, Akira Kurosawa and Kenji Mizoguchi, directs this powerful contemporary female-oriented drama about motherhood. Naruse was a prolific 20th century filmmaker who made eighty-nine films but only sixty-seven survive, as most of his films are lost. Of the 24 silents, 5 are saved. This silent one is his first saved film.

NBR begins with the comical incident of a pair of petty criminal brothers ( Shozaburo Abe & Ichirô Yuki ) involved in a purse-snatching in a department store that spills out into the Tokyo street, where one of the bumbling comic relief criminals is strip-searched by a mob who don’t realize he passed off the stolen purse to his accomplice brother. We learn that the thieves are the brothers of Tamae Kiyooka (Yoshiko Okada). She’s the mother of a 6-year-old girl named Shigeko (Toshiko Kojima) and has a husband, the president of a fishing company, Atsumi (Shin’yô Nara). She leaves him with their infant daughter to go to Hollywood to become an actress and returns six years later as a wealthy star to reunite with her family, But hubby has divorced her and married the sensitive Masako (Yukiko Tsukuba), who raises the kid to believe she’s her real mother.

While the actress has become rich and famous, Atsumi becomes bankrupt due to the nation’s financial crisis (there’s a world Depression) and his poor management of the company (which makes him live in poverty and then imprisoned for defaulting on his debts).

Tamae wants Shigeko back and offers to clear Atsumi’s business debt to in return get her child back. When he stoically refuses, she thereby gets help from her gangster brothers and her materialistic-minded mother-in-law (Fumiko Katsuragi) to kidnap the girl.

The mother-in-law stays with her grand-daughter in the house of the actress, who desperately tries to convince the captive girl she loves her and is her biological mother. But the girl loves the one who raised her, who was willing to throw herself in front of a car to save her life.

With the return from military duty in Manchuria, Kusakabe (Joji Oka), a friend of Masako’s barters with the actress to free the girl.

Eventually the actress realizes Shigeko  doesn’t like her and accepts only Masako as her mother. What follows seems out of place is the film’s happy ending, probably mandated by the studio, where the girl is returned to the one who raised her.

The movie was adapted to the screen by Ozu’s longtime screenwriting collaborator Kogo Noda, from a shinpa play. A relatively recent play form of melodrama that has contemporary settings and realistic stories, as opposed to the old-fashioned stylized traditions of kabuki theater.

As for the bio on Naruse, he was married twice, loved going to bars, was not big on defending family values and used his films as social critiques. Some critics compare him to Douglas Sirk, whose American films more or less covered the same territory of the protagonist’s difficult struggles of trying to escape from the past to live in a changing modern world. 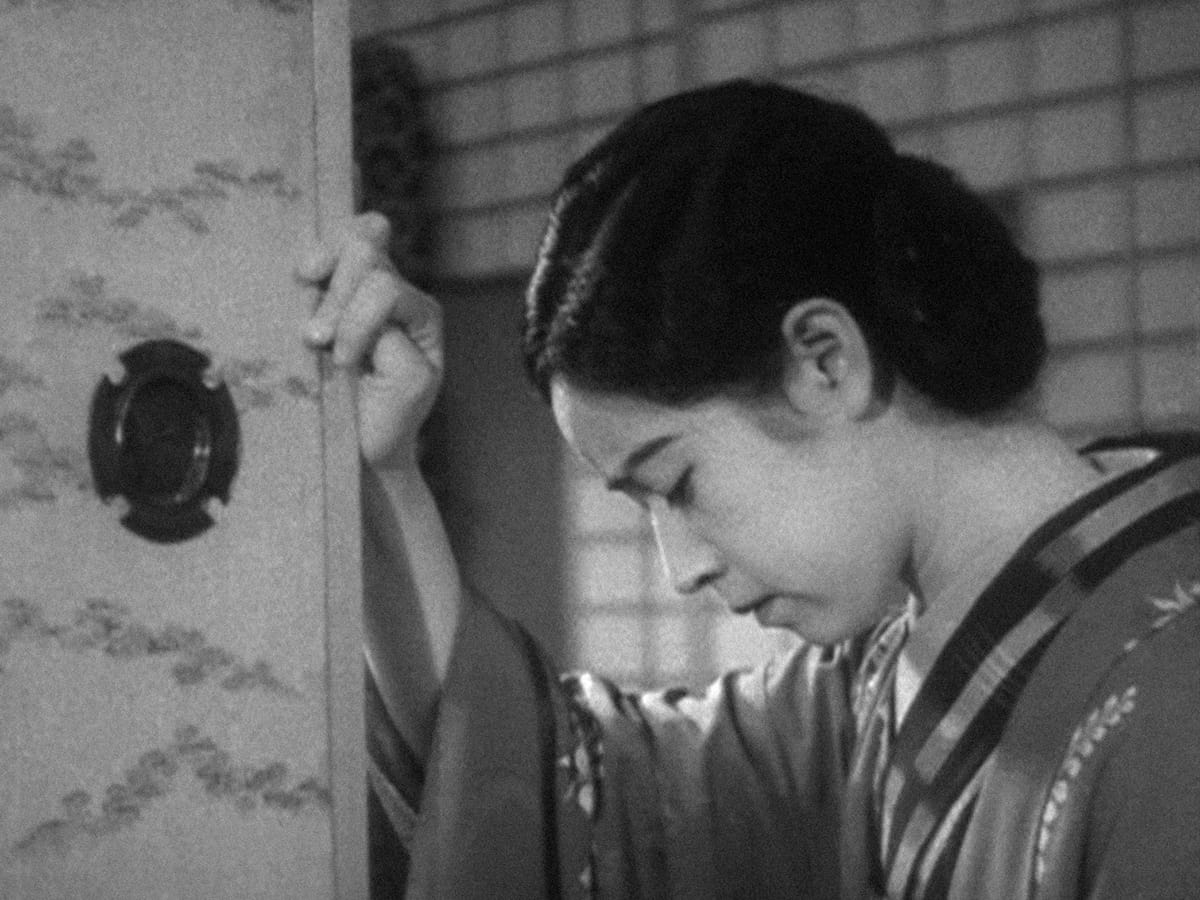