This film was made for German TV (I have never seen something as daring as this on American TV, nor do I expect to). It’s strictly for medieval shepherds on the look out for stray sheep. It twists a true story around to look something like a cross between Godard’s Weekend and Buñuel’s Simon of the Desert. An unwieldy avant-garde 15th century religious drama that’s played out as an allegory on the political situation in the turbulent late-Sixties. What Fassbinder and his stock company were rebelling against seemed to differ from what I was rebelling against in America, as he was primarily concerned with class warfare and religion as the opium of the people while mine was a protest against the Vietnam War and a freedom of dress issue. In a ‘Theater of the Absurd’ way it combines medieval and contemporary imagery as the story follows Hans Boehm (Michael König), a shepherd who believes the Virgin Mary talks to him and wants him to be the Messiah to start a proletarian revolution in a place called Niklashausen. Fassbinder appears in his trademark black leather jacket playing the Black Monk, the rebellious instigator who stirs things up and catches the attention of a bunch of pilgrims who become followers of the shepherd. The shepherd gives up his humble farm home and declares his wife Johanna (Hanna Schygulla) is the Holy Virgin, and moves into the home of a bourgeois admirer where he entertains his loyal followers in style.

The movie veers from street-theater set pieces, rants against the oppressive nature of capitalism, arguments over what’s a fair wage and the laws of “supply and demand,” a defense of the Black Panthers (which looks dated and misplaced at this late date), quotations from Camillo Torres, diatribes against the racism in bourgeois society, the wisdom of a socialist revolution where the wealth is divided equally among all, preaching revolutionary slogans such as “Long live Lenin, smash fascism!”, Margit Carstensen as the Countess hostess who goes into a heated frenzy over wanting to make love to the Messiah, the Messiah extolling the values of humanism while hoping to eliminate those he hates such as the wealthy and powerful in both the secular and church world, the oppressive pastor (Walter Sedlmayr) who opposes such radical humanistic ideas and throws his support to the the fascist ruling party, play acting among ecclesiastical and royal types who are in elaborate costumes and represent something decadent to Fassbinder and the creating of an atmosphere that’s filled with doom. The would-be Messiah upsets the ruling class of the community in his social and religious uprising and pays the piper as he’s crucified in a junk car lot and his followers wiped out by the local ruler, while the epicene Bishop (Kurt Raab), a ridiculous stereotypical ‘diabolical sissy’ type used by Hollywood to show gays in a bad light, survives to give the martyred shepherd the last rites.

It’s unbearably strident, childish, not fully realized as drama, more tedious than humorous but, nevertheless, it strikes me as sincere, audacious and hyper in its visualizations (revolution must be continuous, constantly learning from its mistakes and influenced by the art world). A so-so Fassbinder that’s still better than most good Hollywood takes on the Sixties revolutionary fervor. 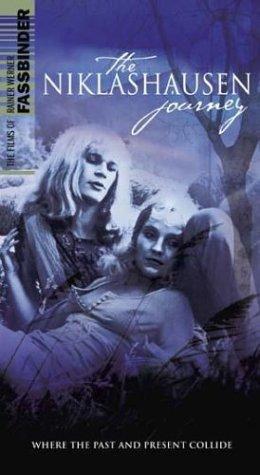