Director Patrick Stettner’s (“The Business of Strangers”) dark psychological thriller is based on the novel by Armistead Maupin (which was based on an actual episode in Mr. Maupin’s life). The director co-wrote it with the author. It serves as a creepy atmospheric tale, that might have worked if it were a “Twilight Zone” TV episode that investigates the line that blurs reality and fiction; but as a feature film it runs too long even at only 82 minutes and fails to satisfy as it quickly degenerates from a thoughtful and sensitive presentation about the different ways we find love to one of cheap horror film theatrics–seemingly looking for a M. Night Shyamalan moment.

Robin Williams shuns his comedic talents to play a serious role as the glum Gabriel Noone, a gay radio-syndicated host and storyteller of a late night show “Noone at Night” coming from NYC. The drab radio personality’s success is because he has a smooth nightime radio voice and his stories are heartfelt and he shares with the audience his own private experiences. For the last eight years he lived with a handsome young man, Jess (Bobby Cannavale), who was dying. Gabriel has nursed him back to health and the now vibrant whole man leaves the older man to start life anew. This split leaves the storyteller empty on his personal life experiences and is short on coming up with more suitable creatively inspired material for his show. To the rescue comes his editor friend Ashe (Joe Morton), who lays on him a manuscript written by the 14-year-old Wisconsin lad named Pete Logand (Rory Culkin). His woeful lifestory of parental child abuse includes: the parents selling on the Internet videotapes of his sexual abuse, being raped by the male pedophile family members, getting syphilis at a young age and later AIDS, and adopted by his sympathetic blind social worker Donna D. Logand (Toni Collette). The kid’s miserable story strikes a chord with the miserable Gabriel. The trio strike up an on-going phone conversation, but Jess is suspicious of the story (doubtful if Pete exists) and asks Gabriel to check it out further before being made a sucker. The checking it out part is where the story goes haywire and reveals itself as merely a superficial work that went amiss with so much risible melodrama and leaves us with a potential hoax and an hysterical blind woman who seems fit for the cinematic loony bin. The subdued Williams character disappears in Madison, Wisconsin, when he flies there to snoop, and any attempt to understand what a writer goes through in his imagination gets lost in the hokum and the search for a love story never materializes as anything but a stilted attempt to find magic in such a slight film.

Though this true incident had potential, that was never realized. Instead, the filmmaker displays a tin ear for listening and fails to present an entertaining story that also might make sense and be thought-provoking. The film plays much worse than in how it sounds, and like its main character can’t accept that there’s nothing to the story and it has been taken for a ride. 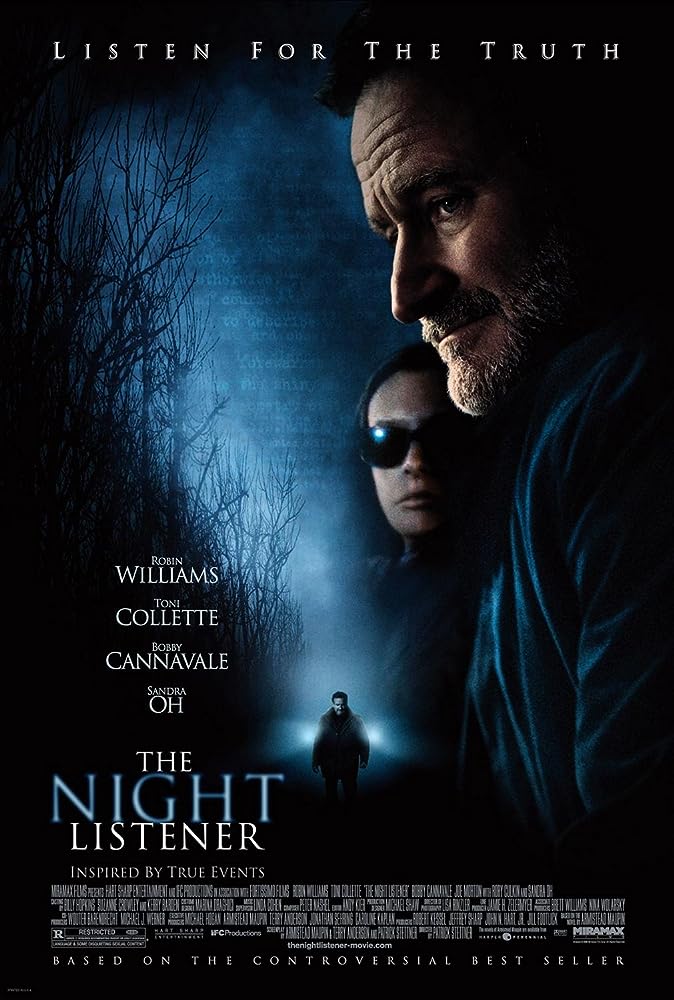