NEXT TIME I MARRY

Garson Kanin (“Tom, Dick and Harry”/”My Favorite Wife”/”A Man to Remember”) directs this silly comedy about an heiress named Nancy Crocker Fleming (Lucille Ball) who must marry a plain American citizen in order to collect her $20 million inheritance left by her dad. While riding in her fancy sports convertible, the daffy New Yorker offers ditch-digger “Tony” J. Anthony (James Ellison) $1,000 to marry her. Tony, of course, accepts, but insists that all he needs is $793–not telling her it’s to pay off the installment for his sailboat Caroline; a few minutes later, he and Nancy are married by a justice of the peace. Nancy’s plan is to marry the American and then ditch him in a quickie Reno divorce and marry the suave foreign Count Georgi (Lee Bowman), someone she thinks she loves but her uncle (Granville Bates) objects to because he believes him to be a fortune hunter. Predictably, while on their way to Reno for the divorce, the quarrelsome newlyweds discover that they’ve fallen in love despite themselves. Tony’s big dog is along for the ride and has some comic moments. That’s the “genius” comic situation dug up by writers John Twist, Helen Meinardi and Dudley Nichols from a story by Thames Williamson.

Lucy, at 26, is in her first starring role for RKO and shows a flare for comedy, in a screwball comedy that is more pleasant than it has a right to be. 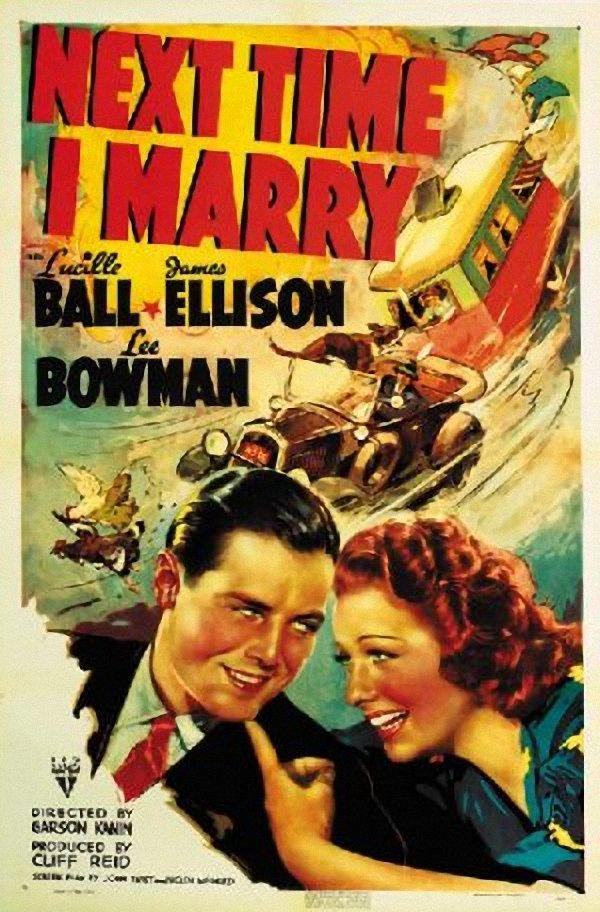