“… elliptical told drama that has mood trump over substance.”

Co-writer (with Jean-Pôl Fargeau) and director Claire Denis (“Chocolat”/”I Can’t Sleep”/”U.S. Go Home”) shuns straight narrative for this elliptical told drama that has mood trump over substance. It’s an evocative but enigmatic coming-of-age film that penetrates an uneasy but heartfelt aggressive relationship between brother and sister, while movingly telling of the suppression of natural instincts and the inability to communicate one’s desires. But it fails in trying to piece the story together with subplots that go nowhere, such as the hateful relationship between father and son.

Soon Boni’s miserable life is interrupted when his estranged 15-year-old sister Nenette (Alice Houri), also with a bad attitude, who went to live with their father Felix (Jacques Nolot), the shady decorative light store owner who dotes over her, when their parent’ divorced, sneaks out of boarding school and finds her way to Boni’s place. Not made welcome, she tricks one of bro’s petty criminal friends to let her in the house when Boni’s working and when he returns the two misfits find much to argue about as they fill in each other about their lives. It’s soon learned Nenette’s over seven months pregnant, refuses to name the father and it’s too late for an abortion. This seems to bring about a change in heart in Boni, who suddenly finds a purpose in life and matures into a responsible sibling as he becomes concerned with the childbirth and later with the baby when sis gives birth in a clinic.

Too much of this odd downer tale seemed contrived, as it was more seductive than telling and more provocative than fulfilling. Though impressed with the performances, its sometimes poignant statements and the unique score by Tindersticks, I nevertheless came away not caring too much for the unpleasant characters played by the leads (reunited from the TV film “U.S. Go Home”) and felt too much was missing in the inconclusive ending to fully uncover what the filmmaker was driving at except for the obvious connection made between siblings in the dysfunctional family.

It won top honors at the 1996 Locarno Film Festival. 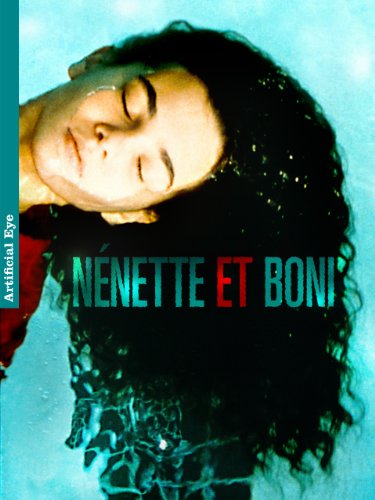