“A well-made thriller that serves as an allegory for contemporary Brazilian society.”

The assured debut feature from Brazilian critic-turned-filmmaker Kleber Mendonca Filho, a native of Recife, is divided into three chapters that all have the word ‘guard’ in it. Filho writes and directs a menacingly oblique thriller that lets us observe the current divide between Brazil’s haves and have-nots in a bustling affluent neighborhood of white hi-risers, with metal gates and surveillance cameras, named after famous artists, where children play soccer in the street, guard dogs bark all night, past secrets remain as dark as the night and everyone struggles to survive. Dark events from the past are still haunting those who suffered back then and can’t let go of the violent past.

It’s a well-made thriller that serves as an allegory for contemporary Brazilian society and its differences over class and race, as it depicts the everyday lives of both the workers and residents of the featured ocean-sidemiddle-class city block in the city of Recife, a former home of big sugar mills, located on Brazil’s northeastern coast.

A rash of petty crimes involving car break-ins causes a panicky city block of condos to be hustled into hiring a questionable newly formedhome-security outfit led by the fast-talking efficient seeming working-class salesman Clodoaldo (Irandhir Santos) after approved by big-shot block realtor (owns most of the homes on the block) and former aging sugar king Francisco (W. J. Solha).

Kept awake by a neighbor’s barking guard dog, Bia (Maeve Jinking), a well-to-do housewife with two studious children, smokes pot in secret to relieve her frustration over life’s disturbances and relieves her sexual frustration by using the washing machine spin cycle as a vibrator, and finds ways to quiet the barking dog short of killing it. João (Gustavo Jahn) is the responsible bachelor grandson of Francisco, who works for him as a realtor and is having a hot affair with the charming but elusive office worker Sofia (Irma Brown), who recently returned to her childhood neighborhood and learns her abandoned run-down childhood home is being demolished to make way for a law firm office building. Francisco’s other grandson is the irresponsible (Yuri Holanda), a college-aged car thief and an estranged cousin of João, who is protected by Francisco to the dismay of João.

The eerily atmospheric dark film sets a tone of unease while interweaving its plotless storyline around the subplots of a number of residents and servants of the city block, as it gives hints throughout that a day of reckoning for past-ills is only around the corner and that the film’s villainous control-freak wealthy patriarch might swim with sharks but is not immune from payback for past misdeeds from his plantation days. 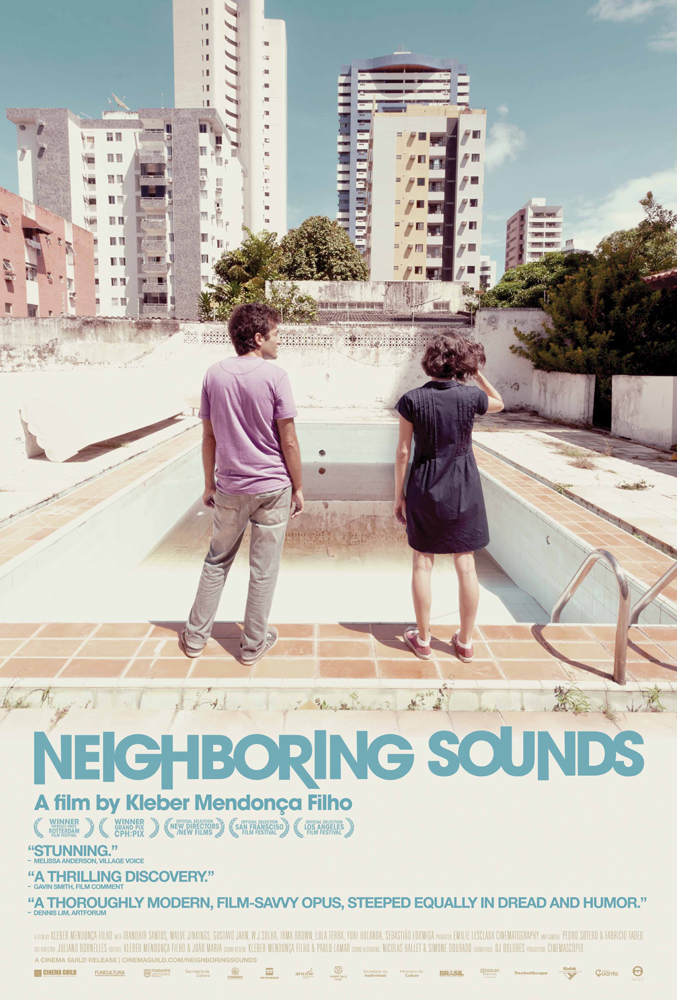 HISTORY IS MADE AT NIGHT