NATURE OF THE BEAST, THE (HATCHET MAN)

Victor Salva (“Clownhouse”/”Powder”/”Jeepers Creepers”) directs and scripts an efficient on the road dark psychological thriller that veers off the road when it pretends to say something significant about life and goes over-the-top in coming up with a twisted conclusion. It’s a meeting of the minds of two psychopaths kind of film. Playing sick mind games is the fun of it all.

Driving through the California desert highway by the Nevada border, middle-aged traveling salesman Jack Powell (Henriksen) doesn’t give a hitchhiker a lift. Later in a roadside diner the same hitchhiker Adrian (Roberts) confronts Jack in the men’s room, who apologizes by buying him lunch. Jack later finds their, mistreated by Adrian, waitress chopped up in the trunk of a car in the motel parking lot as the police are removing the body parts, the latest victim of the area serial killer who leaves his signature statement ‘Hatchet Man’ written on his victims’ vehicles. The dude is nicknamed ‘Hatchet Man’ because of his proclivity to use a hatchet to chop up his vics into small pieces. Adrian then forces his way into Jack’s motel room and threatens Jack unless he takes him as a passenger. The movie is about their tense adventure on the road – Jack believing that Adrian is the Hatchet Man, and Adrian believing that Jack’s steel briefcase contains the over one million dollar robbery cabbage from a Vegas casino run by the mob. The suspense comes about because the viewer is never sure if this is so.

It all leads to a surprise ending between the poker playing tight-faced alcholic Henriksen and the snaky drug addict Roberts characters. The problem was that the ending was so ludicrous, that it made all the suspense leading up seem like a wasted effort. The acting of these two fine B-picture actors gives the spark needed to overcome somewhat the film’s slight storyline. 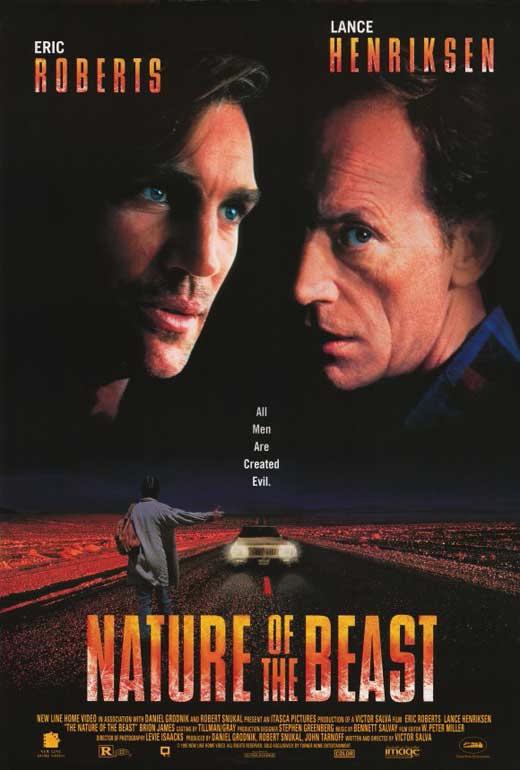