Nada was based on a novel by Jean-Patrick Manchette. Claude Chabrol directs a chilling political thriller without taking a stand, which makes sense and does justice to the narrative. It’s a blunt and unvarnished look at a leftist international terrorist activist group operating in Paris. They are named Nada in memory of the Spanish anarchists who kidnapped the American ambassador at a high-class Paris brothel to hold him for ransom and in the aftermath they kill a policeman, as they subsequently flee with their victim to a secluded country farmhouse. The film focuses back-and-forth between the ruthless police investigation and the terrorists mapping out their strategy, as it characterizes the intrigues that each group goes through. It is not a flattering look at either side, but it does successfully probe the mental anguish that both sides go through. Though right is on the side of the authorities, they are eventually shown as less concerned with human life than the terrorists they are hunting down. Their sadistic way of questioning witnesses and their insensitive attack on the hideout where they kill everyone, including the ambassador, leaves one sympathizing with neither side. In Chabrol’s scenario, the Nada group consisting of malcontents and veteran fighters for the cause, though not looked upon with any sympathy can nevertheless be looked upon more favorably despite all their drawbacks–at least they are against government corruption and are purer in their ideals. By this relentless comparison of the two extreme political positions of the right and the left, Chabrol manages to poke holes in both the status quo and the idea of revolution in his unblinking non-partisan auteur style. 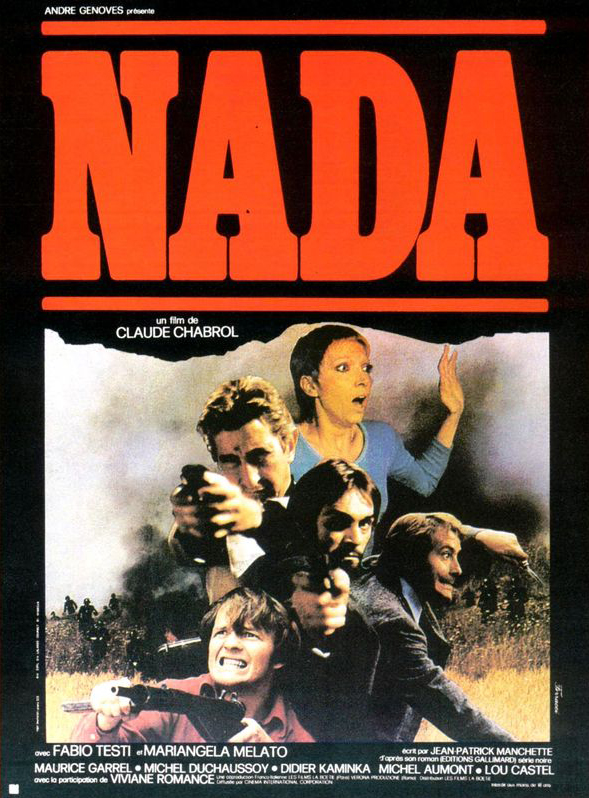