“Buster Keaton has a ball mocking a loveless marriage.”

Buster Keaton has a ball mocking a loveless marriage. He plays a schnookliving in a slum section of the city where many foreigners live. When Buster is caught by a fat Irish lady (Kate Price) breaking a window, she takes him to a judge who only speaks Polish. The judge was informed before to perform a marriage ceremony for the next person to appear before him and misunderstands why Kate dragged Buster in front of the bench, and thereby marries the couple. Kate brings Buster home to her dumpy alley apartment and he’s abused by her father (Monte Collins) and her four bully brothers. But when they find a letter on himsaying he inherited $100,000, they start treating him nice and put up the dough to move into a penthouse apartment with a servant. Then they discover the letter wasn’t addressed to Buster, it results in them chasing after Buster and destroying the apartment. It ends with Buster on a train for Reno. 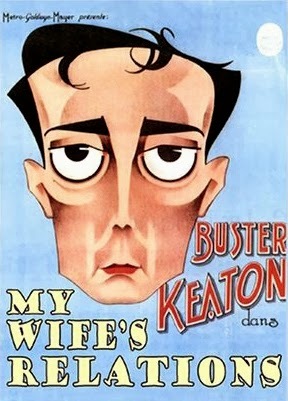