“The story is so predictable you can set your watch by it.”

Below average B Western in the Tim Holt series as directed by Lesley Selander (“Gunplay”/”Arizona Bushwhackers”/”Fort Algiers”) and written by Norman Houston.

The straightshooting Holt is an Arizona cowboy teamed with the part Mexican and part Irish self-proclaimed ladies man Chito (Richard Martin). Chito receives a telegram that his rich Uncle Manuel Bustamante died without a will and that he was left the entire Bustamante estate. Tim and Chito ride to claim the inheritance in Santo Domingo, California. On the estate grounds they find Manuel’s son Ramon (Edward Norris) hiding from the law, after being accused of killing his father. Ramon claims to be innocent, and it soon becomes apparent he was framed by real estate magnate Elias P. Stevens (Frank Wilcox), the county administrator, who is running a land-grab scam and wants the heir out of the way. Elias is secretly selling off Manuel’s property without the Bustamante’s knowing it and had his hired gunmen kill Manuel to keep him quiet. The baddie schemes to get rid of Ramon by having him convicted. What Elias doesn’t count on is how tough Tim and his comedy relief sidekick are when they go after the baddies. Luisa (Movita Casteneda) is Ramon’s girlfriend helping him escape the law while she stays at the Catholic mission of San Gabriel.

There’s nothing here you haven’t seen before. The story is so predictable you can set your watch by it. 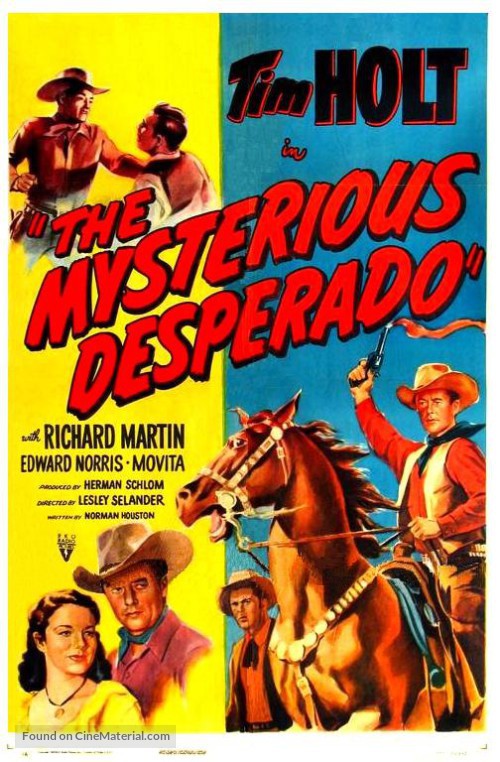