“An overhyped and drab pedestrian presentation of a prestige gay romance film.”

An overhyped and drab pedestrian presentation of a prestige gay romance film. It’s directed by the English theater director, Michael Grandage (“Genius”). He could have developed the story further if it had more depth to the Tom character to express his shame at his youthful gay experience, which is not expressed until its too late to matter in the third act. My Policeman is based on the 2012 book by Bethan Roberts, and is scripted by Ron Nyswaner. The melodrama explores in a conventional way a forbidden love triangle relationship that took place in England when the participants were youths and England was a hostile country to gays (outlawing gay sex). The film’s handsome pop singer star, Harry Styles, disappoints with an uninspiring performance as the film’s star–a gay policeman who marries a woman teacher and questions his sexuality.

It depicts England in the 1950s as a homophobic country. There are flashbacks, with different actors playing the younger and older versions of themselves.

The cop, Tom Burgess (Harry Styles), loves the museum curator Patrick Hazelwood (David Dawson). They are sex partners even as Tom marries an innocent schoolteacher named Marion Taylor (Emma Corrin), who suspects her hubby might be gay and thinks he is being led on by Patrick.

It played at the Toronto International Film Festival. 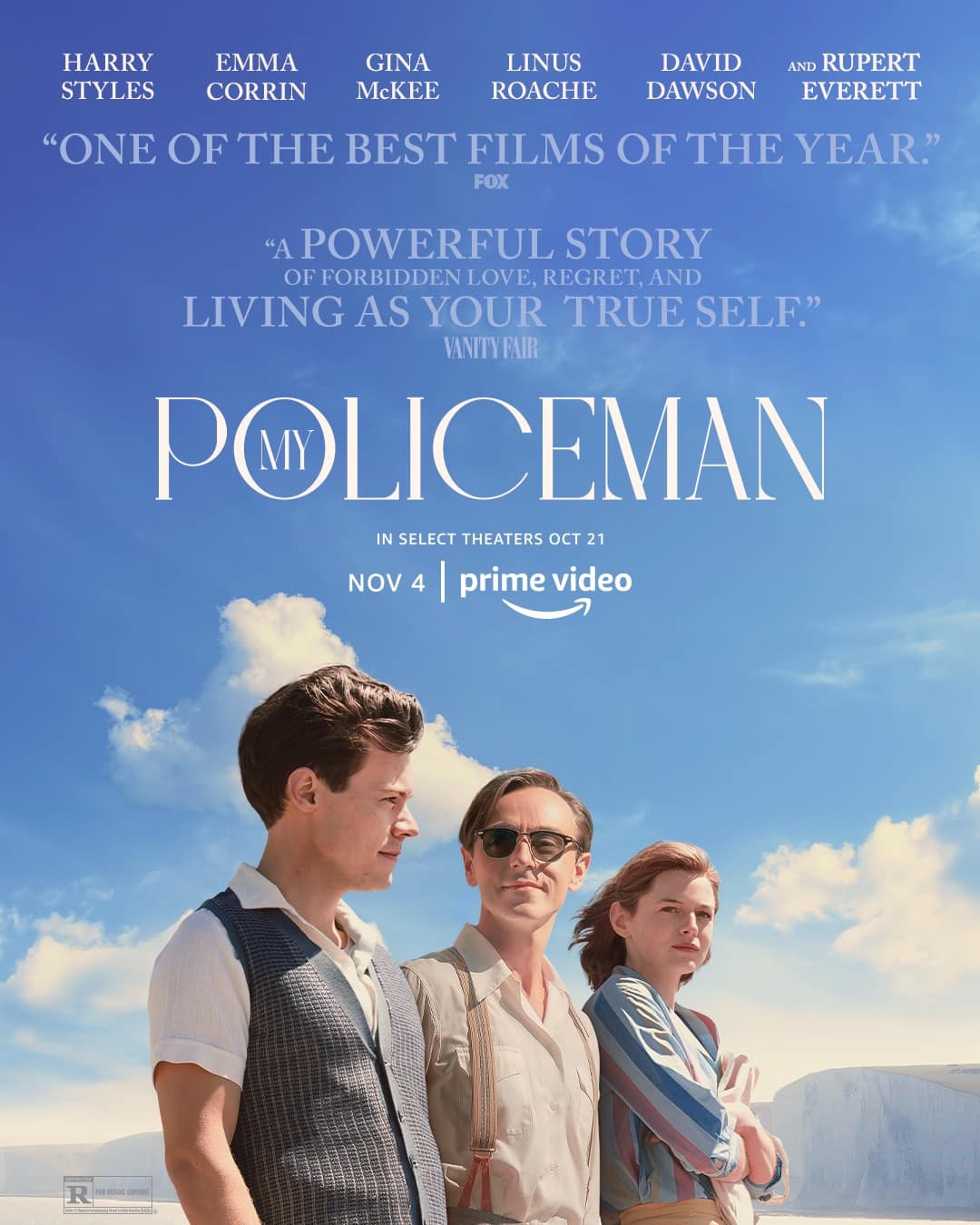 OTHER SIDE OF THE WIND, THE

LONDON BELONGS TO ME