The debut feature by the Yale film student grad, the 28-year-old Korean American filmmaker Lee Isaac Chung, is remarkable. It artistically revisits with nonprofessional actors (some at-risk kids) Rwanda some 15 years after the poor African country was wracked by economic hardship and a bloody civil war, where genocide took place between the tribal Tutsis and Hutus–an estimated 800,000 people lost their lives. This poignant and authentically moving film, with its historically important story as a backdrop, starts out as a tale of revenge and ends on a more optimistic note that there’s still a possibility for hope and redemption in a country still feeling the pains of its recent past. It was co-written by Mr. Chung Samuel Anderson, and the dialogue was mostly improvised by the nonprofessional actors.

AfterteenagerMunyurangabo (Jeff Rutagengwa)–named for the great ancient Rwandan warrior and called Ngabo for short—steals a machete from a market in Kigali, he leaves the capital city with his workplace teenage friend Sangwa (Eric Ndorunkundiye) for a journey into the rural countryside of their tribal family roots as the boys aim to come to terms with their troubled past. Ngabo, a Tutsi, plans to kill the Hutu man who killed his father during the genocide and caused his life of hardship, whereby his mom died shortly afterwards in a refugee camp and he eventually fled alone to the city to get work. Sangwa, a Hutu, plans to accompany him on this mission but first they stop off a Sangwa’s place for a few hours. He deserted his parents three years ago and has not seen them since.

Their planned short visit stretches into a few days, as Sangwa’s doting mom (Narcicia Nyirabucyeye) babies him and his angry rigid dad (Jean Marie Vianney Nkurikiyinka) severely lectures him but is willing to forgive him for abandoning them when they needed his helping hand, that is, if he now hoes the land, repairs the outer house wall and remains home.

Sangwa’s parents do not trust their son’s Tutsi friend, and the friends argue when Sangwa decides to stay home. But when Ngabo tells Sangwa’s parents of their killing mission, the angry dad evicts Sangwa. Their friendship is again tested, as this time Ngabo prevents Sangwa from accompanying him to his tribal village.

At his village hometown, Ngabo meets a poet (Edouard B. Uwayo, Rwanda’s actual poet laureate) who was asked to read his poem at the celebration of National Liberation Day and he decides to recite his poem of peace and forgiveness, “Liberation Is a Journey,” to Ngabo when he spots a machete in his backpack. The intense and moving poem tells all you need to know about those violent days, as the story picks up with how Ngabo will absorb the power of the poetry.

Chung shot the illuminating film on Super 16 in 11 days while teaching filmmaking at a Christian relief base, YWAM, in Rwanda. The film won many festival prizes, and it was the official selection at the Cannes Film Festival and the Berlin Film Festival. This is the first feature shot in the Kinyarwanda language. 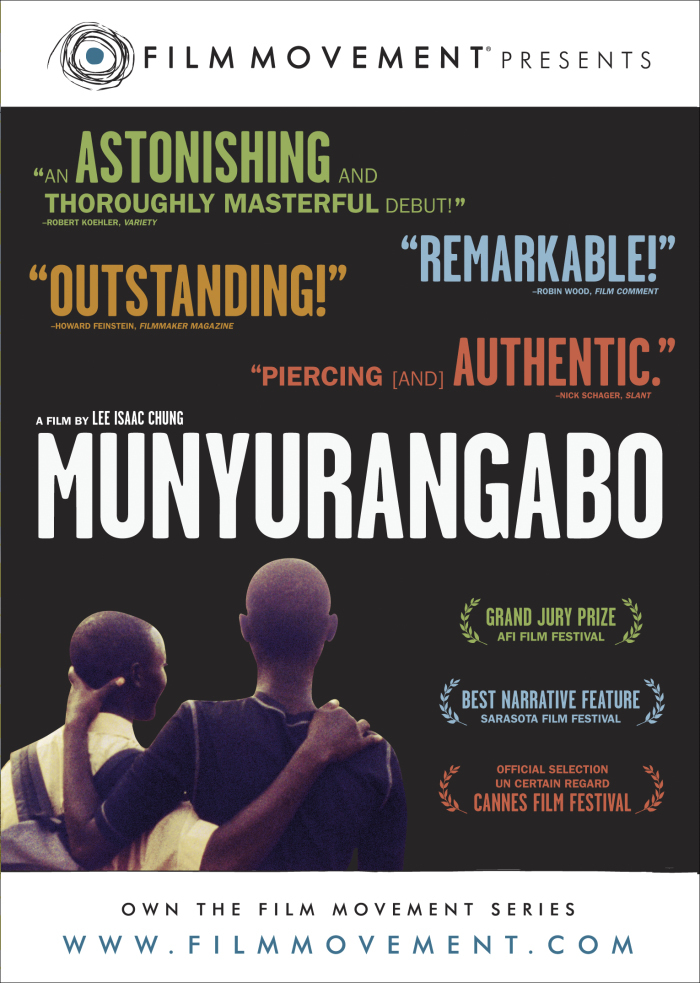