Period drama that’s set during the Mexican Revolution of the 1910s and ’20s. It’s directed with style and is filled with music and broad comedy by prolific Mexican filmmaker Ismael Rodríguez (“Outside the Law”/”Daniel Boone, Trail Blazer”/”The Soldiers of Pancho Villa”). Mexican singer-actor Pedro Infante, the film’s star and one of Mexico’s iconic superstars, died in 1957 before his 40th birthday in an airplane crash in a plane he piloted. Writers Elvira de la Mora, Álvaro Gálvez y Fuentes and Joselito Rodríguez base the screenplay on the fictional story from the book entitled “La soldadera” byCelestino Gorostiza andJoselito Rodríguez. It’s the opera-like story of a young man, General Juan Zepeda (Pedro Infante), who falls in love with the haughty blonde Carlota (Chula Prieto) but she marries a wealthy man in the city of Martinez. Before going off to war, the sweet peasant girl Lupe (Lilia Prado) throws herself at the rebel general’s feet and is willing to go with him even if he doesn’t love her or wish to marry her.

The General’s peasant army conquers the city of Martinez with his best friend and second in command Colonel Domingo Vargas (Miguel Manzano) by his side, who secretly loves Lupe. It turns out Carlota married the richest man in town, who is conveniently not in town. The grasping witch-like Carlota maneuvers to take away Juan from the naive Indian rancher. While the illiterate Juan runs the city with help from the town elites, Lupe gives birth to a girl and the proud poppa shows her off. But Carlota manages to separate mother and child, and tricks Juan into believing Lupe ran off with Domingo. When Domingo finds Lupe locked up in jail because of Carlota, in a nearby town, he frees her but gets killed in the escape. Carlota joins Juan just as the overwhelming forces of federal troops attack. But Lupe is happy that Juan has her by his side in the suicidal attempt to defend themselves from the attack, and the film ends with the reunited couple firing at the charging troops in a futile effort and about to go happily down together. The rejected Carlota is killed by the federal troops when she tries to leave the surrounded city.

It was mildly amusing, but too ridiculous and filled with too much soap opera histrionics to be fully enjoyed.The most inspired scene was the catfightbetween the rival women, as their ‘man’ is defending the city and issuing orders to his rebel force while holding his baby in his arms. 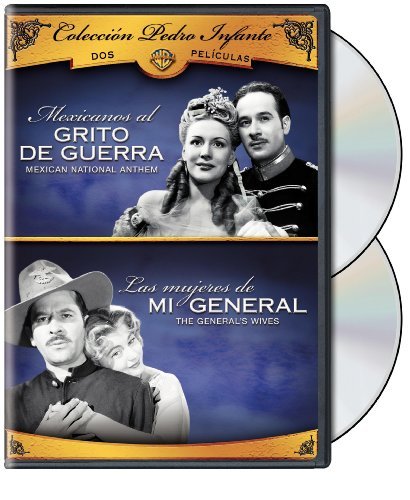