“If you’re into fluff, this one will stick to you as easily as goo.“

A supposed throwback Hollywood formulaic dramedy that tries desperately to remind one of those Spencer Tracy-Katharine Hepburnstar vehicle battle of the sexes filmsthroughthe contentious banter between Harrison Ford and Diane Keaton. The sticky main plot uses Rachel McAdams’ hyper working girl character to anchor its lightweight contrived story about the sobering realities of the TV news world and its rating wars. It’s directed by Roger Michell (“Notting Hill“/”Changing Lanes”/”Venus”) with nothing more on his mind than to film a crowd pleaser (which he does successfully); while writer Aline Brosh McKenna (“The Devil Wears Prada”) gives us characters that pretend to be like real people but turn out to be the same old artificial sitcom types. It’s a film that’s just not that good rather than something rotten; a film that never becomes lively though its talented cast spends all its energy trying to liven things up.

Morning Glory is about an ambitious, perky, chatterbox young producer, Becky Fuller (Rachel McAdams), getting canned from a small-time local magazine news -type TV morning program in New Jersey due to budget cuts. Becky, shortly after failing to get any sympathy from her cheerless downer suburban NJ mom (Patti D’Arbanville), is talking the glum sly network boss, Jerry Barnes (Jeff Goldblum), at the fourth-rated failing morning news show Daybreak, based in NYC, to hire her for his national morning program, despite her lack of experience, as the executive producer.

The running gag is that Becky is in love with being a TV producer more than anything else in the world and has no romantic life because she’s a self-absorbed workaholic that turns off the eligible boys with her constantly ringing BlackBerry. Becky’s first act as producer is to boost morale at the station by firing an obnoxious pervert co-anchor (Ty Burrell) and hiring against his will, in his place, the curmudgeon self-inflated former award winning broadcaster and respected news anchor of forty years Mike Pomeroy (Harrison Ford). Grumpy Mike is forced to accept the job offer on this flippant daytime news show he feels is beneath him or forfeit his lucrative salary with IBS.

Unimaginatively and as predictably executed as possible, the pic relies on the energy of McAdams’ cutesy obnoxious reaching character to trudge on. Before the show is cancelled, the hard-working lover of work,Becky, gets her two cranky co-hosts, the aging Colleen Peck (Diane Keating), former beauty queen and master of sugary fluff pieces, and the stuffy aging Mike, only wanting to do hard news stories and not the cutesy stories demanded by the show, to co-exist so the plug isn’t pulled on the show. The idea is to at least try to compete with the top-rated Today Show. The pic squeezes into this dizzy story an uninteresting and unconvincing romance with Becky and poorly defined hunky young producer, on another show, Adam Bennett (Patrick Wilson). Their cursory romance is about as dull as the pic and as unappealing as the Daybreak show.

If you’re into fluff, this one will stick to you as easily as goo. When anything seriously sarcastic or with any teeth to bite approaches, the characters run away from it as fast as robbers from cops. The film “Broadcast News (1987)” is the one to see if you want something with gravitas about the argument over “style” vs. “substance,” or if interested in a more believable behind the scenes look at news programming. 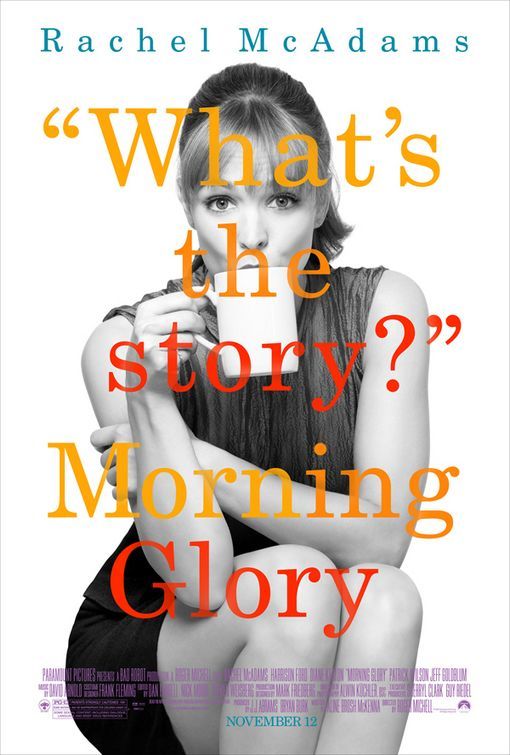