Sidney Lumet (“Bye Bye Braverman”/”The Verdict”/”The Pawnbroker”) directs this slight thriller that’s set in LA. It’s written by James Hicks.The thriller never becomes more than a character study, as it’s hampered by lack of a tight story, weak dialogue and too many poorly defined characters.The thriller is always looking for something that is missing and never finds it. It’s like trying to make a chicken salad without the chicken.

The film opens with washed-up, alcoholic actressAlex Sternbergen (Jane Fonda) waking up one morning next to a man with a knife in his heart, in an unfamiliar, luxurious loft apartment. Alex can’t remember what happened the night before and when she calls her social-climbing estranged Chicano hairdresser husband Jackie (Raul Julia), he advises her to contact the police.But she decides not to because she served a 3-month stretch in prison for an assault with a deadly weapon conviction and fears the cops wouldn’t believe her. In a panic, Alex instead heads for the airport to go to San Francisco, but can’t get a flight because all flights are booked due to the Thanksgiving holiday. The neurotic lush then gets a ride at the airport with divorced redneck, ex-cop Turner Kendall (Jeff Bridges), forced to retire because of a disability, who was seeing off his daughter as she returns home to mom in Bakersfield. The friendly Turner drops Alex off at the crime scene, which she immaculately cleans up. Since Alex can’t lose the persistent Turner, a romance between the two begins. Strangely the dead man’s corpse appears in her shower, but Turner used the shower before and there was no body there. Therefore Turner believes Alex was framed by someone she knows. When police Sgt. Greenbaum (Richard Foronjy) investigates, he discovers the vic is the controversial sleazy photographer Bobby Korshack (Geoffrey Scott). He’s a man with many enemies.

In the conclusion, we learn who the real killer was and the crime’s motive. What we are never convinced of is why Alex was framed or if this pic, despite its star power, had enough heft to be anything more than a TV movie and if it suffered from such a large credibility gap that it was rendered forgettable. I can’t imagine why Fonda’s vulnerable damsel-in-distress role earned her an Oscar nomination. This film doesn’t deserve awards, but Bronx cheers for being such a toothless thriller. 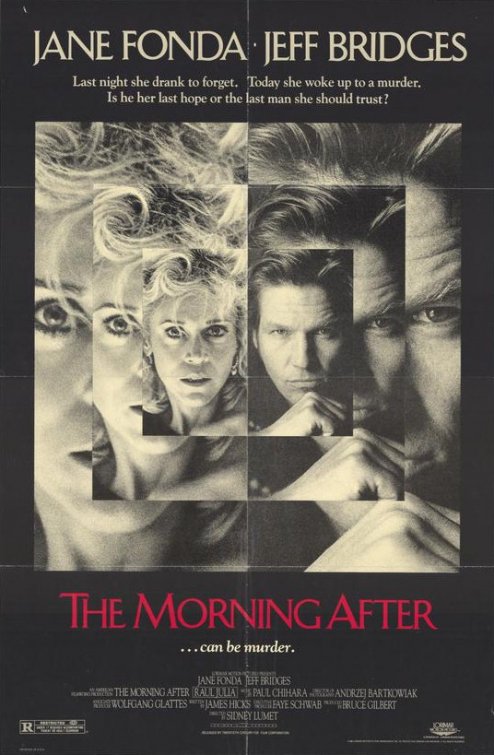