Moonlight Mile is set in the fictional, small, slumping but still cheerful town of Cape Anne, Mass., in 1973. It features Ben Floss (Dustin Hoffman) and his wife JoJo (Susan Sarandon). They are coping with the recent killing of their only child Diana in a diner shooting. She was the innocent bystander in the wrong-spot at the wrong-time in the domestic shooting by a deranged man of his waitress wife. The incident is never seen onscreen, but is discussed at the Flosses’ home and with the prosecutor (Holly Hunter) handling the case. The concerned assistant district attorney is trying to get more than a manslaughter conviction, as the grieving parents are now also faced with the court trying to fend off legal loopholes as the case goes to trial. The legal system is scrutinized in how it deals with the killer’s fate and how vulnerable the victims are even after an arrest is made.

Diana was engaged to Joe (Jake Gyllenhaal), and it is he whom this film revolves around. He carries the film despite the presence of his big name co-stars. Jake Gyllenhaal’s intelligent performance doesn’t save this film from being a tidy pile of melodramatic mush, but it at least makes it watchable. He was also impressive in “Donny Darko” and “The Good Girl.” But even his performance is not without fault, as it can be criticized for being too studied at times.

Joe weirdly moves in with his would-be future in-laws, the fidgety fusspot Ben and his overbearing and outspoken writer wife of 31 years JoJo. Ben wants to continue as if his daughter still lives. Thereby Joe, who gulps a lot but can’t say what’s on his mind, is made a partner in Ben’s commercial real estate business, even though he has no interest in the business. Ben’s idea is that this is what his daughter would have wanted. JoJo reserves Joe for heart-to-heart talks she can’t have with her compulsive plebian-minded hubby, as grief has given her both writer’s block and a bitter taste in her mouth.

Similarities to “In the Bedroom” are obvious, though this film wraps everything up in a more conventional message. “Moonlight” drags around what is obvious about the family situation in a hamfisted way, until the filmmaker’s heartfelt feelings that ‘love conquers all’ is hammered home in every possible way it can–the way you expect a Hollywood big-budget film to react. Yet there were times that the grief seemed real and not calculated, making one wonder why the filmmaker didn’t really go for pouring his heart out instead of fending off the family’s grief with sitcom comedy. It should also be noted that for writer-director Brad Silberling (“Casper“/”City of Angels“), this film plays as a personal catharsis. He knows by experience what the film family he created is going through. His fiancée, the TV actress Rebecca Schaeffer, was murdered by a stalker in 1989.

The confused and spineless Joe doesn’t know how to handle himself in the aftermath of Diana’s death, since he doesn’t have enough nerve to tell her parents, especially Ben, that the only reason she went to the diner that day to meet her father was to tell him the marriage is off. Now Joe wants to please her parents, feeling guilty that her death is somehow his fault. Joe has to deal with that while living with her parents and seeing reminders of her all around him, such as little notes in Italian she left on objects to help her learn the language of the country where they planned to take their honeymoon. Living there gives him nightmares. He is only punishing himself by putting himself in this awkward living position.

JoJo proves herself to be the more honest one in the marriage, as in a sassy manner she throws into the fireplace the disingenuous gift books such as “Grieving for Grown-ups” that she believes the well-meaning mourners give them out of an obligation and not because they really feel anything. Ben, on the other hand, tries to accommodate everyone and thereby goes around in circles without saying what he really feels.

The film picks up some steam when Joe goes to the post office at the request of Ben to reclaim the wedding invitations before they’re mailed. There he instantly falls in love with the perky postmistress-bartender Bertie Knox (Ellen Pompeo). But their romance is much too cute to be interesting, and it’s so contrived–she like him also has a loss to deal with. The film has the cheap lyricism of a Hallmark sympathy card, as it winds down in a courtroom therapy session spewing out its love messages. It never convinced me that it is was more than a soap opera handling of an audience-pleasing love story and only a half-hearted attempt at handling the healing process. 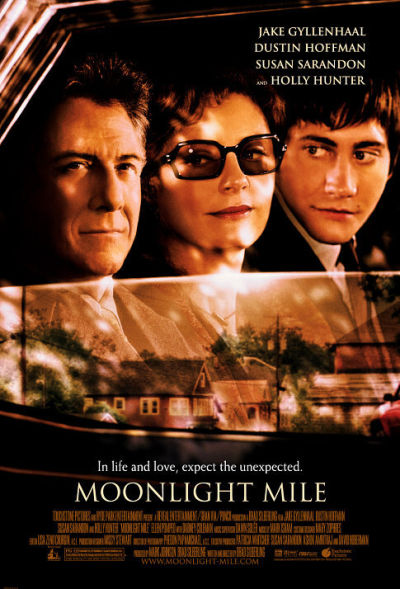