“A routine rather sheepish B-western that dully tells of the familiar story of a range war between cattlemen and sheepherders.”

A routine rather sheepish B-western that dully tells of the familiar story of a range war between cattlemen and sheepherders. This time the setting is in the Montana of 1879. We get to see onscreen the non-singer co-stars, Errol Flynn and Alexis Smith, sing a duet “I Reckon I’m Falling in Love.” Its best effort is from Karl Freund’s lush Technicolor photography. Otherwise it lacks punch, forceful acting and a good villain to make it at least a passable western. Director Ray Enright(“Gung-Ho!”/”Dames”/”The Spoilers”) directs without passion. It’s based on a story by Ernest Haycox,and the turgid screenplay is by Borden Chase, James R. Webb and Charles O’Neal.

Morgan Lane (Errol Flynn) is a stubborn sheepman from Australia, who secretly returns to the same Montana Territory some years after his sheepherder father was driven off. When one of his herders is killed, Morgan announces in town that he’s partnered with the traveling salesman Poppa Schultz (S. Z. “Cuddles” Sakall) and under false pretenses leases land from the wealthy cattle rancher Maria Singleton (Alexis Smith). Opposition comes when it’s discovered he plans to graze sheep in the rented area,and several rough-neck cattlemen such as small rancher Slim Reeves (Ian MacDonald) and big rancher Rodney Ackroyd(Douglas Kennedy), a philander engaged to Maria, threaten to run him off the land. The cattlemen state that ‘no cattle can live where sheep grazed.’

When cattle rancher George Forsythe (Lester Matthews) announces that because of economics he will allow sheep on his ranch, he’s gunned down by Reeves. This begins a range war. After some more violence and the stopping of a stampede, enemies Maria and Morgan come to their senses and embrace and the too obvious lesson learned is that sheep and cattle ranchers can live together after all. 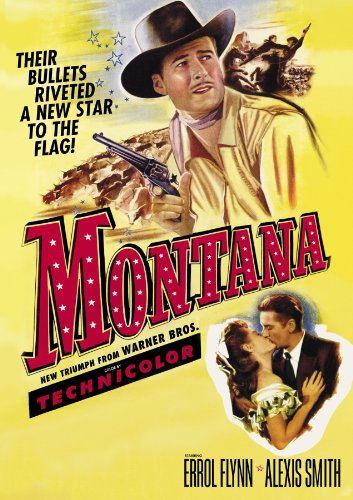