“Lets go of its sci-fi story for a crime story about a dog eat dog world.”

Italian filmmaker Alessandro Celli, in his feature film debut as director and co-writer with Antonio Letti of this post-apocalyptic thriller set in a contaminated steel mill town in Italy that morphs into a coming-of-age saga about loyalty in friendship and the loss of innocence for those who are marginalized. The title is translated as “Dog World.” Though it’s a rip-off of The Road Warrior (1981) film, it differs as it hits a nerve by the brilliant way it tests the loyalty of the two struggling friends to tell their sad tale.

In the not-too-distant future on Italy’s southern coast, the contaminated port city of Taranto is a toxic area ruled by two warring gangs, consisting of mostly children,  the Ants and the Afrikans. The contaminated city is surrounded by barbed wire to prevent any escape. The two best friends, the 12-year-old orphan boys–Pietro – nicknamed Mondocane (Dennis Protopapa) by a gang called The Ants he applies to for membership (the nickname was given to him for the work he did for them in torching a pet store) and Cristian-already nicknamed Pisspants (Giuliano Soprano), live together in a fishing boat and barely survive by everyday scrounging for food. They dream of escaping to nearby New Taranto for a better life,  as they try to join the local gang.

The only ones allowed into the toxic site are the vans that grab kids off the street to sterilize them.

Mondocane is accepted into the gang by Hothead (Alessandro Borghi), the sociopath gang leader, who then rejects his friend’s application because he’s an epileptic–so Mondocane splits.


They barely escape the Ants, as they go to the rich neighborhoods to commit heists. In one burglary they shower and can’t believe there are such luxuries in life.

In New Taranto, the obsessive policewoman Katia (Barbara Ronchi) investigates the crime scene Mondocane left behind at the pet store. She uses Sabrina (Ludovica Nasti) as an informer, a young orphan connected with the torched pet store whose school is really a sweatshop.

Meanwhile Pisspants convinces Mondocane to try to find the gang’s secret stronghold, the Anthill, in order to try joining again, but the Afrikans ambush them. Then everyone gets stopped by a sterilization squad. But the boys barely escape and go their own ways, not knowing the horrors that await them if found by the Ants.

It leads to a violent third act that lets go of its sci-fi story for a crime story about a dog eat dog world. 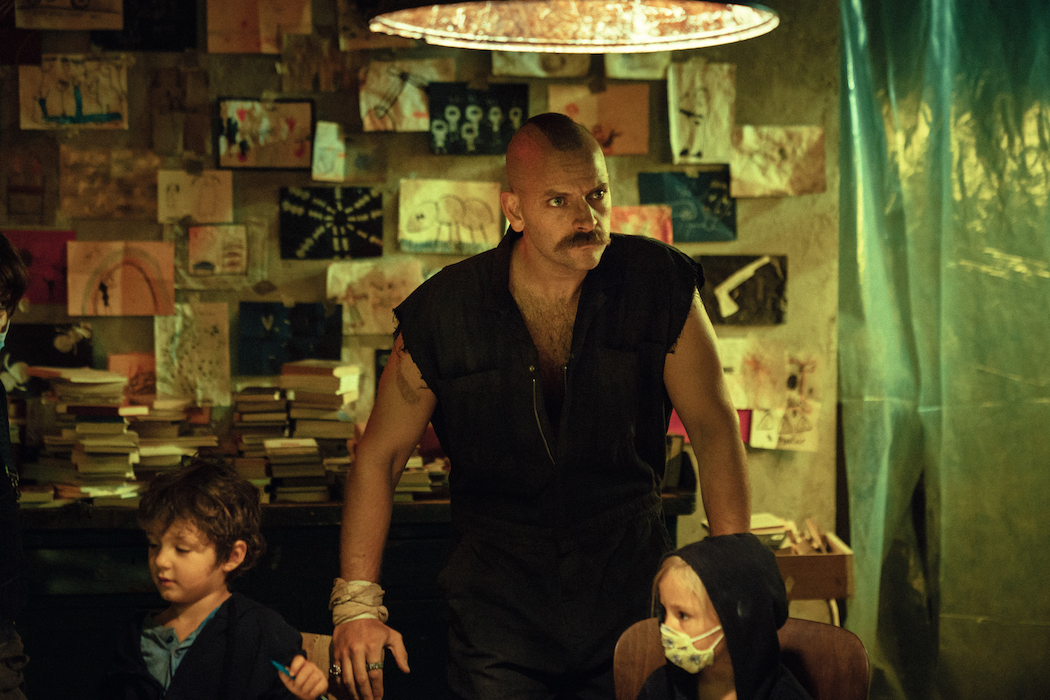 2 DAYS IN THE VALLEY