“Though not particularly exciting, it’s nevertheless a serviceable crime drama.”

The last film for Tod Browning (“Dracula”/”Freaks”/”The Unknown”) is in the mode of a Charlie Chan detective thriller. It’s based on the 1938 novel “Death From a Top Hat” by Clayton Rawson. The writers are Harry Ruskin, Marion Parsonnet and James Edward Grant. Too bad the writing and directing is so stilted, because the whodunit had a good cast and had the potential to be a good crime drama if properly executed.

Brash Mike Morgan (Robert Young) is a retired magician residing in NYC. He earns his keep creating magical acts for other magicians. In other words, for entertainment purposes he creates miracles for sale. Morgan, also, has earned a rep for uncovering fake mediums who thrive on cheating unsuspecting clients.

When the pretty Judy Barclay (Florence Rice) escapes a man following her by running into Morgan’s workplace studio, she gets his attention by asking his help in debunking the psychic Madame Rapport (Gloria Holden). The protective Morgan reluctantly agrees when a demonology expert, the sinister Dr. Sabbat (Frederic Worlock), invites the two to his seance. When they show up separately, they find Sabbat’s hotel room chain-locked and when they break in find him strangled to death and lying inside a devil’s circle. Morgan calls Inspector Gavigan (Cliff Clark), and he’s assisted by Quinn (William Demarest) in the investigation.

Though not particularly exciting, it’s nevertheless a serviceable crime drama. 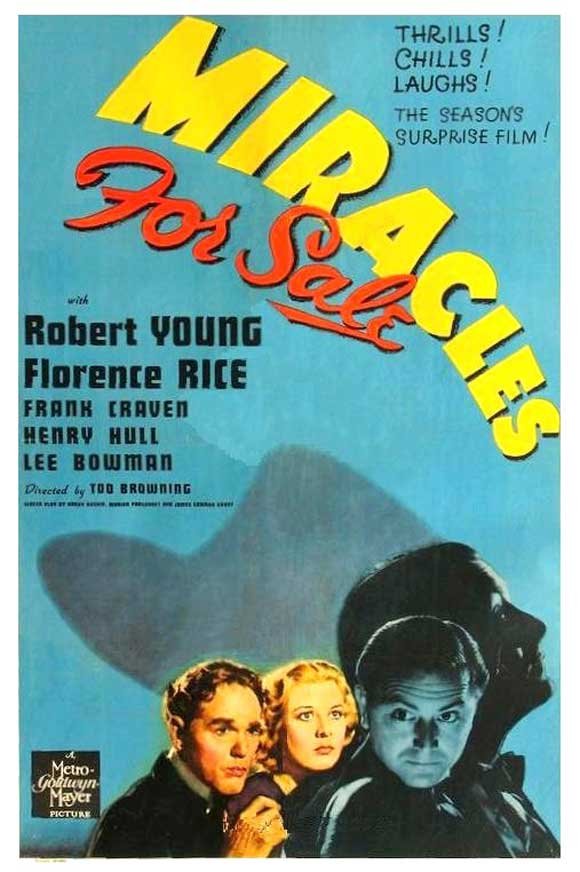 KEYS TO THE HOUSE, THE