Lance McGowan (Richard Barthelmess) is a tough Irish gangster gambler in NYC, who returns from Europe on an ocean liner and falls in love with shipmate Joan Morley (Ann Dvorak). On land he discovers she’s the sister of Angie (Robert Barrat), his fiercest rival who owns several gambling clubs and some of them his that were taken over in Lance’s absence. When Lance tries to take back the clubs by force, he spots Joan on a visit to Angie’s home and is warned by Angie to stay clear of his sister. Then Angie orders his goons to eliminate Lance, who ducks into the unlocked neighboring mansion of the recluse elderly blueblood Abigail Ardsley (Helen Lowell). In flashback we learn that Abigail’s stern upper-class father (Henry O’Neill) shot the love of her life, a lowly clerk (also acted by Barthelmess) he employed, when she was 18 (Helen Chandler) and giving a birthday party for her society friends that was crashed by her secret boyfriend. Since that tragic event, the lonely Abigail has kept her door unlocked for the last forty-five years hoping her suitor would miraculously return. Her advice is for Lance to not let Joan go. With that, Lance visits Joan and when he finds the love is reciprocal plans to visit Angie in his club to ask permission for marriage. When Angie reaches for a gun he’s killed by Babe (Paul Hurst), one of Lance’s henchman. Unfortunately Babe is killed leaving town and Lance is arrested for the murder. With no alibi, Abigail leaves her mansion for the first time in years and at the trial provides Lance with an alibi. Her word does the trick, and he’s freed. Waiting for him in Abigail’s mansion is Joan, as Lance swears he will go straight and be a good husband.

The story never moved me, and it was awkwardly presented. 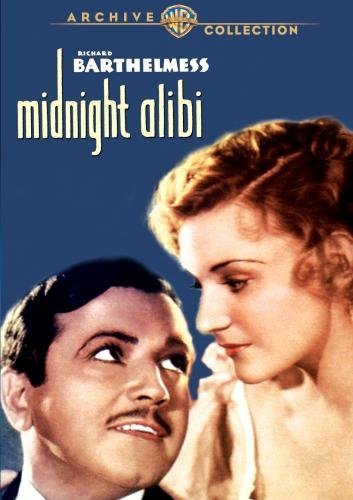 MASK OF FU MANCHU, THE

LIVES OF OTHERS, THE