Michael Mann’s (“Ali”/”Heat”/”Collateral”) Miami Vice is a slick action thriller that’s style over substance, with the meaningless plot involving some kind of muddled series of multiple conspiracies with the likes of the Aryan brotherhood, some Haitian drug dealers and a Colombian drug lord working out of Paraguay with a Chinese Cuban businesswoman. It’s based on the hit NBC cop show from 1984 to 1989 that was created by Anthony Yerkovich with Mann the executive producer. It religiously follows that uninspiring but successful formula of the well-armed and snappily dressed good guy cops going after the vile bad guy drug lords and in the end the good guys always winning. The film version is just as stale, using the same frenetic pacing and loud MTV music and visuals (lots of shots of speedboats, massive banks of clouds and helicopters) for all they’re worth in this overlong spectacle. If you were a fan of the popular trend-setting TV show, this film should suit you just fine (I, obviously, wasn’t a fan of the show). For those who can tune out the slight story line, the photography by Dion Beebe is a trip unto itself. The stunning looking and well-crafted film only reminded me that this gifted director has lost his way in how to best utilize his gift. Making such a shallow and dull film while showing off that you have the ability to seduce the viewer with flashy visuals, doesn’t quite do the trick of coming up with a film that has much worth.

The first half of the film is a police procedural one that drags its feet with the setup played to the hilt over the big drug buy by the undercover cops. The hero city vice cops from South Florida, Sonny Crockett (Colin Farrell) and Ricardo Tubbs (Jamie Foxx), must act as undercover couriers for these drug deals and operate with a tight team of loyal cops. They get called into a case to locate an FBI mole after an informant (John Hawkes) calls to tell of giving up the feds and then commits suicide by jumping in front of a truck speeding along the highway. The vice cops partner with the feds when they get permission from their mammoth boss Lt. Castillo (Barry Shabaka Henley), and then learn that they must infiltrate the gang of Colombian drug kingpin Jesus Montoya (Luis Tosar). His business associate and girlfriend is the beautiful Isabella (Gong Li). Montoya’s underling and middleman is a slimy and perverse character named Jose Yero (John Ortiz), whom they must deal directly with to set up the deal. The main action comes in a kidnapped rescue of vice cop Trudy Joplin (Naomie Harris), the girlfriend of Ricardo, from the Aryan brotherhood and a routine bang! bang! bang! climactic shootout between the cops and the drug lords. The crime drama was just not very interesting, but there’s a subplot of a romance between the hot Isabella and the cool Sonny. Though Gong Li had some trouble with English, she was still the most interesting character in the film and the only one who kept me tuned in while the rest of the film degenerated into an incoherent mess. 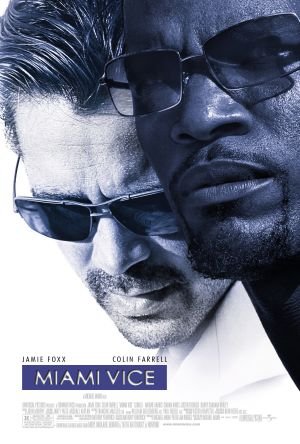