This is the likeable singing cowboy Gene Autry’s second starring western for Republic. The film was digitally restored by RPG and looks grand. Joseph Kane (“Days of Jesse James”/”The Road to Denver”/”Billy the Kid Returns”) effectively directs this pleasant tuneful Western, based on a story by Sherman J. Lowe & Betty Burbridge. It features a ranch dog named Souvenir that steals, lady cowhands who have their clothes stolen while skinny dipping, a gypsy thief who loves kids, rustlers and Gene Autry singing a number of country tunes.

Radio star Gene Autry takes a break from his regular radio gig to sing and ride a bronco at the rodeo, while his sidekick Frog Millhouse (Smiley Burnette) plays the rodeo clown. Attending the rodeo is the grumpy rancher T. T. Thomas (Wade Boteler) with his 18-year-old daughter Millicent (Ann Rutherford). Pop is worried about rustlers and that he fired in anger his regular cowhands and after listening to his daughter’s suggestion hired cowgirls as replacements. Gene eyes Millicent in the crowd and tells Frog that’s the gal he wants to marry. The boys sleep at a hotel by the rodeo and the gypsy Frantz (Willy Castello) robs Gene of his rodeo prize money. With no money on them, Gene and Frog decide to go to the T.T. ranch and apply for the open cook jobs, using a cook book to aid them in their cooking inadequacies. Gene spots a baby at the ranch and mistakenly thinks it’s Millicent’s, not knowing Souvenir went to the gypsy camp and brought the basket holding the baby back to the ranch.

Besides wooing Millicent, Gene spots the fired ranch foreman Kirby (Al Bridge) stealing the cattle and thereby saves the ranch from ruination. As a reward Gene gets to marry Millicent in a mass wedding, while the returning men cowhands also are ready to marry their lady replacements except that Souvenir has stolen all their wedding rings. 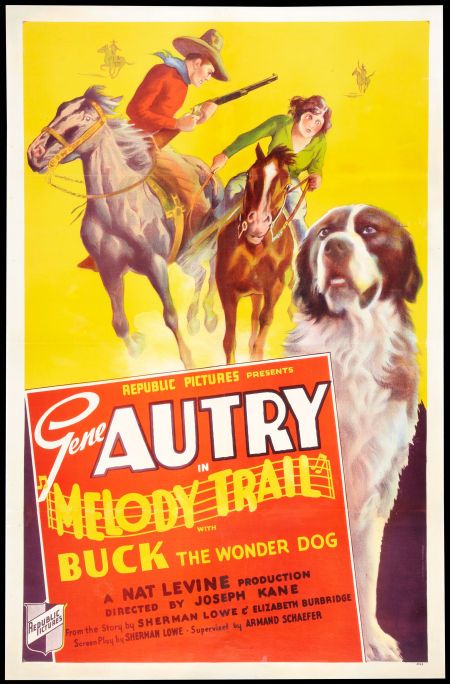