MEET ME IN ST. LOUIS

Vincente Minnelli (“The Band Wagon”/”Tea and Sympathy”) directs one of the greatest musicals ever made, one that’s still as fresh as a newly picked daisy. It’s a nostalgic valentine to youthful romance that’s filmed in a rich Technicolor and mixes wonderful musical pieces with a tightly structured format, that does very well with the slender plot line due to Minnelli’s skillfuldirection. It’s based on the short story memoirs of Sally Benson that tells the story of the Smiths, an upper-middle-class typical American family living in a large Edwardian home in the suburban part of St. Louis in the summer of 1903, who are all revved up about the arrival of the 1904 World’s Fair–so much so that they all can’t stop singing the title song.

The bubbly film is divided into four family album chapters that emulates the four seasons leading up to the World’s Fair and tells of the changes in the family taking place during this period, with the Christmas chapter being the most memorable–many even calling this period film perfectly suitable as holiday fare.

The happy existence of the Smiths is threatened when the patriarch, Alonzo Smith (Leon Ames), the grumpy lawyer, might uproot the family to New York because of a lucrative job offer promotion. The family consists of his loyal wife Anna (Mary Astor), a bland college-aged son Lon (Henry Daniels, Jr.) and four single daughters, the old-fashioned 20-year-old eldest Rose (Lucille Bremer), the sweet 17-year-old Esther (Judy Garland, a year later when 23 year, the neurotic star would marry the director), the adolescent Agnes (Joan Carroll) and the ‘holy terror’ youngest 6-year-old Tootsie (Margaret O’Brien). This move disturbs his wife Anna and everyone else in the family, and it especially upsets Esther. She’s interested in a romance with the newly arrived boy-next-door John Truett (Tom Drake).

Katie (Marjorie Main) is the unflappable housekeeper; Harry Davenport is the nearly crackpot but charming grandfather; Margaret O’Brien won a special Oscar for her scene-stealing cutesy performance as a disturbingly morbid little terror (in one amusingly terrifying scene she throws flour on Halloween in a startled man’s face when coaxed).

The personal changes among the coming-of-age family members hints at the end of an era and the simple ways of country life. There’s a hidden fear about a more complex world that’s about to descend that will make it impossible for them to continue their uncomplicated existence, which frames the film around a good way of life vanishing and gives the genial film a somewhat darker edge than what might be perceived at first.

Mixed into the plot line are terrific songs from Judy Garland, who belts out “The Trolley Song,” “The Boy Next Door,” and “Have Yourself a Merry Little Christmas.” There’s also a great Paul Jones dance routine to the tuneof “Skip To My Lou.” If you like Hollywood musicals, this is one they got absolutely right. 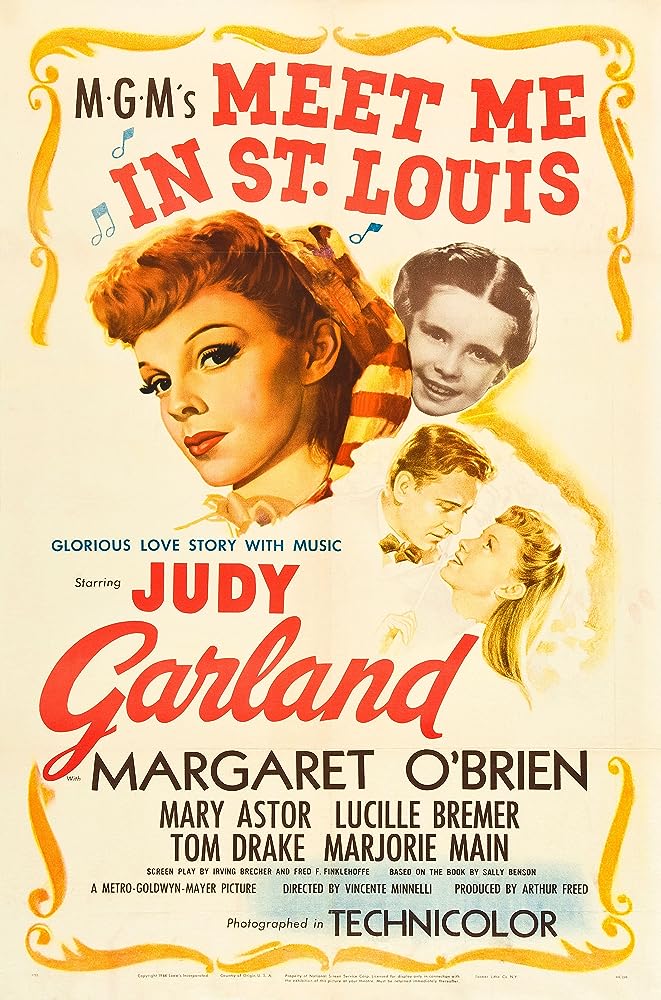