“If you like the Lassie films, or even Beethoven and Old Yeller, you’ll probably find this one easy to like.“

David Frankel (“Miami Rhapsody”)directs a dog story that goes cutsie on us throughout and then turns sentimental with the dog’s death in the last reel, but is perky, bearable and the stars Jennifer Aniston and Owen Wilson seem to have no problem letting the Labrador retriever steal the pic by chewing the scenery. If you like the Lassie films, or even Beethoven and Old Yeller, you’ll probably find this one easy to like. WritersScott Frank and Don Roos based it on the memoir John Grogan published about his dog Marley (named after the singer Bob Marley). It chronicles the family experience of the average Grogan family and their average dog. There’s much in it pet owners and those families raising youngsters will recognize as real and adorable. If you’re expecting a pic with more dramatics, you’ll be disappointed. This one only leads you, as if by a leash, to a final reel that will have you reaching for your hankie but without exhausting any particular tension over a temporary upset in the life of the comfortable suburbanites.

John Grogan (Owen Wilson) is a newspaper reporter for his small-town local daily, as is his recent bride Jenny (Jennifer Aniston). They were married in a spring blizzard, and soon leave the cold climate of Southern Michigan for the warmth of South Florida. There they both secure jobs as reporters for different papers. Things perk up when John’s friendly editor Arnie (Alan Arkin) encourages him to write a column and not be bashful talking about real events in his life, such as how he gave his wife a puppy Labrador retriever, Marley, because they weren’t ready yet to raise a family and he thought the dog would give them practice in raising kids. Stories about the disobedient dog, kicked out of obedience school, chewing on furniture, running away when not on a leash and jumping on strangers, become popular reading material for the locals (and easy to digest material for the lighthearted movie crowd). Before you can say ‘heel,’ there’s three children in the Grogan family and mom quits her job to take care of the kiddies. When the dad hits forty, he moves onto a big-time paper as a reporter/columnist for the Philadelphia Inquirer and the upward-mobile family move into a bigger house in the suburbs.

This pleasant story about a dog becoming a loving part of a loving family is genuinely heartfelt, especially for those who are dog lovers and those who don’t mind looking at snapshots of someone else’s kids and those who still believe in the family values of a nuclear family. It might be a bland minor film, but that’s not always such a bad thing if you can relate to the good vibes given off by the humans and the dog trying to make a go of it in an ordinary family dealing with the usual family adventures and the minor spats they have that come up from time to time. 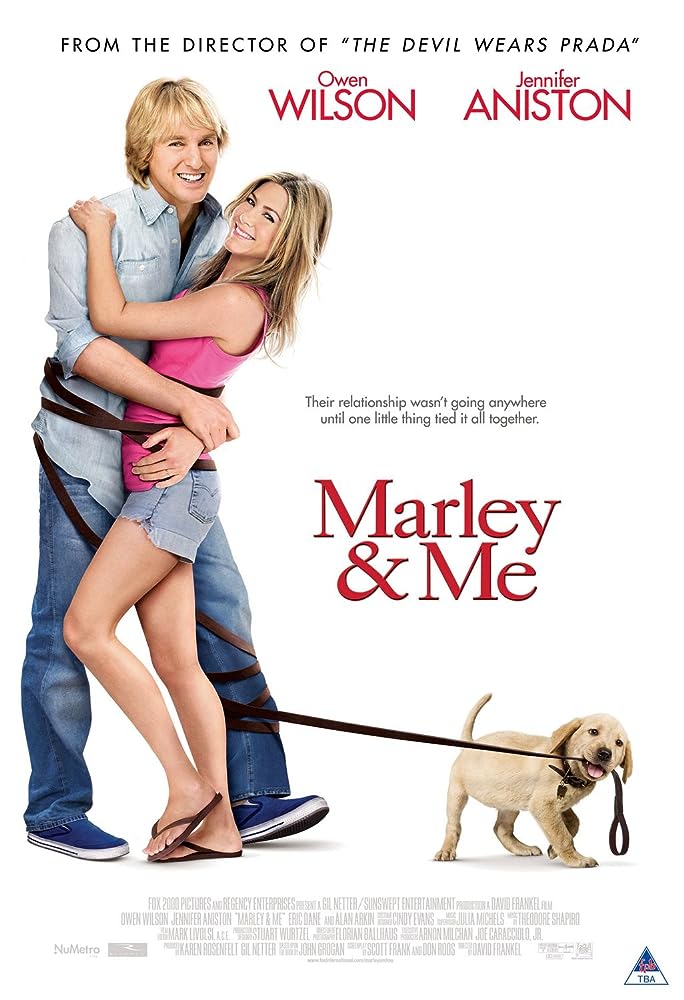