MAP OF TINY PERFECT THINGS, THE

“It seems as if we’ve seen this set-up before and it’s getting tiresome.”

Ian Samuels (“Sierra Burgess Is a Loser“) helms another “Groundhog Day” spinoff, this one for teens. It’s based on a 2016 short story by Lev Grossman that’s scripted by him. The gimmicky rom-com offers an agreeable soul-searching variation on being stuck in time, but it falters because it seems as if we’ve seen this set-up before and it’s getting tiresome.

Mark (Kyle Allen) is a 17-year-old aspiring art student, who one day while stuck in a time-loop spots the attractive 17-year-old Margaret (Kathryn Newton) at the neighborhood public pool and she’s evidently stuck in the same loop he’s in. So they join forces to do the loop thing together, as they bond and strike up a friendship and later will move on to a romance. Margaret is the more rational of the two. She wants in the future to work for NASA.

The unscientific Mark believes that breaking the cycle means capturing a “perfect” moment, like a bird catching a fish. So the pair follow a map and go around town hoping to capture as many of those perfect moments as possible.

Though easy to take as a time killer, the banal film has nothing interesting to say about teens or life. Its best moments has Margaret and Mark showing off their ballet moves in a record store and a restaurant kitchen, where the interlude is scored to the repetitions of Pachelbel’s Canon (one of my favorite pieces, which made me realize how much better off I’d be listening to the music recording than watching such nonsense). 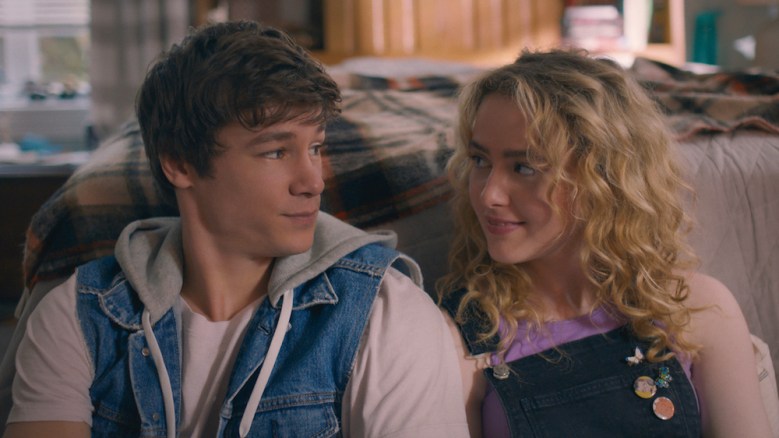