A provocative and sophisticated dark comedy (both sad and comical) that explores sexual relations through the eyes of a dysfunctional bachelor, Bertrand Morane (Charles Denner), obsessed with screwing every lady he encounters and dedicating his life to that pursuit, which leads to his writing his memoirs as a means of self-analysis and his premature death in an accident (hit by a car while in pursuit of a lady). Director François Truffaut (“Bed and Board”/”The Green Room”/”Small Change”) aims to find out what motivates this obsessed man and why the opposite sex was so attracted to him (something never made entirely clear, since he’s not that good looking, sexy, wealthy, funny, or irresistible–only persistent and caring). Going Freudian for an answer, it seems our sensitive womanizing hero was scarred in childhood by his seductive nurturing and rejecting mother and was looking for her love in other women.

The story is told in flashback and begins with the funeral in Montpellier of the 40-year-old aeronautical engineer named Bertrand Morane (a composite character supposedly modeled in a way on a young Howard Hughes and with some truisms from the director’s own life), that draws a large crowd of only women gathered to pay their respects. Geneviève (Brigitte Fossey) is one of the mourners, and thinks she understands lover boy better than anyone else since she was not only his last lover but his book editor. The flashbacks are framed around Betrand’s journalistic memoir, entitled The Man Who Loved Women. The skirtchaser went long distances to chase after his prey and had affairs with all sorts of women, that includes a married lady (Nelly Borgeaud) with a taste for doing it in public places because she loves taking risks; a well-built blonde babysitter (Anna Perrier) with a healthy appetite for sex; a telephone operator assigned to a wake up service, who goes down on him only after learning that he’s written a book; and a pretty red-haired lingerie shopkeeper (Geneviève Fontanel) who is attracted to him but rebuffs him because she only digs younger men. Véra (Leslie Caron) is the one love that evaded him and left a hurt, as he greatly desired her but never pursued her fearing rejection.

Truffaut cowrites it with Michel Fermaud and Suzanne Schiffman, keeping it entertaining but far less than profound. It’s not top-drawer Truffaut, but it worked for me. It was remade more bluntly in Hollywood in 1983 by Blake Edwards and starred Burt Reynolds, but that version didn’t please me as much as the more emboldened and risqué French version. 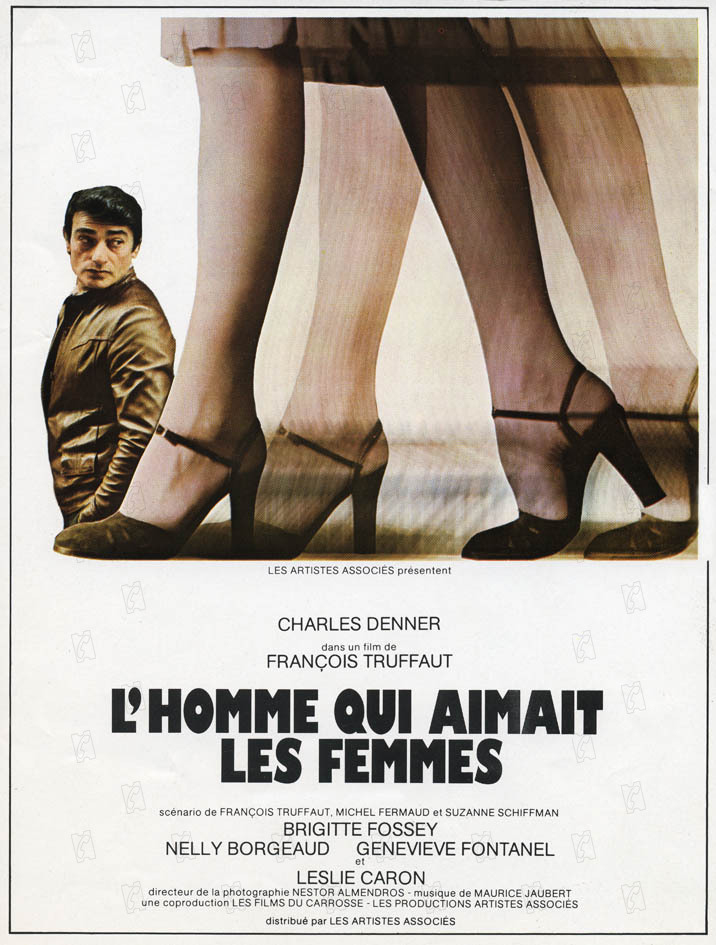 IN THE SHADOW OF THE MOON