A disappointingly limp screwball comedy from the usually reliable Howard Hawks (“Bringing Up Baby”/”I was a Male Order Bride”), that comes at the twilight of his brilliant 26 year film career. It’s a single joke movie about fishing expert bestselling outdoorsman author and top notch sporting goods salesman Roger Willoughby (Rock Hudson), whose secret is that he never went fishing in his life. It’s based on the story “The Girl Who Almost Got Away” by Pat Frank and written by John Fenton Murray and Steve McNeil. The problem is that the joke can’t be sustained for two hours, though there’s some funny moments watching the clumsy Roger learn how to fish, the sexual banter between him and resort publicist Abigail Page (Paula Prentiss), and the embarrassing sexual moments Roger has to explain to his fiancée.

Renown angling expert Roger reports to work at Abercrombie & Fitch and is upset that stranger Abigail took his parking space and refuses to give it back to him. When he’s called into Mr. Cadwalader’s (John McGiver) office, his boss, he’s met by Abigail and resort owner Isolde ‘Easy’ Mueller (Maria Perschy). The boss informs him that it has been arranged for him to participate in the North of San Francisco resort’s upcoming fishing tournament, as publicist Abigail came up with the publicity stunt thinking it would be good for both the store and resort. The panic-stricken Roger confesses to Abigail and Easy about his secret after swearing them to secrecy. Abby gives him a crash course on angling, as Roger is fearful of being exposed as a fraud and losing his job and reputation. Things seem to be working out at the lodge until Roger’s fiancée Tex Connors (Charlene Holt), who doesn’t know Roger’s secret, shows up in a surprise visit.

Never funny enough in all its sexual innuendos and the use of fishing as a substitute for sex to be considered anything but a lesser film from Hawks. But on the plus side it’s always mild and genial, and the passive Rock and the aggressive Paula give pleasant performances that make everything almost passable (it’s even more funny than it should have been, is the best I can say about it). 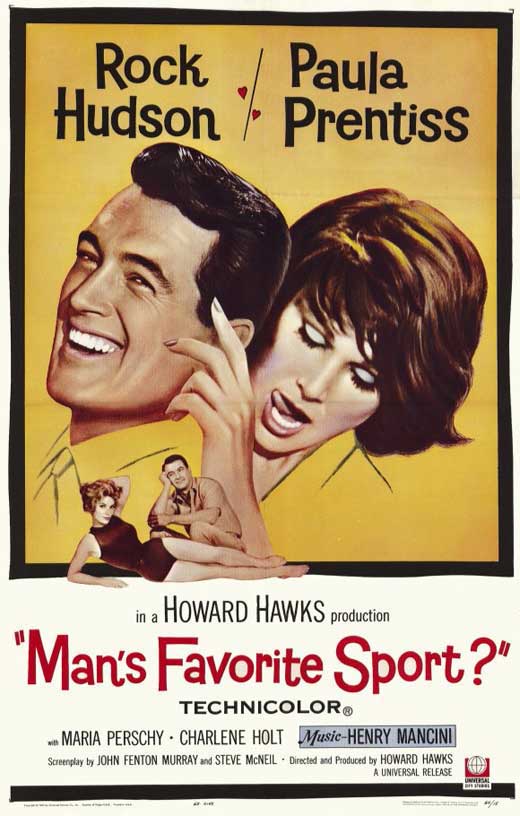 LION OF THE DESERT