THE MAN IN POSSESSION

“The British comedy is theatrical, but tolerable as screwball comedy.”

Sophisticated frothy social satire that the American Sam Wood (“Ivy”/”The Pride of the Yankees”) effortlessly directs. It’s based on the play by H.M. Harwood and is written by Oliver T. Marsh and P. G. Wodehouse. When ne’er-do-well Raymond Dabney (Robert Montgomery) is released from jail after serving a light sentence for a car sale not on the level, his upwardly striving gruff middle-class underwear business owner father (C. Aubrey Smith) is so ashamed he offers the rascal money to leave England. His bumpkin brother Claude (Reginald Owen) frets that a jailbird brother would likely frighten off his wealthy fiancee Crystal (Irene Purcell), who is actually broke and only posing as a wealthy London aristocrat to marry into a comfortable life style. By coincidence Raymond is hired by a bailiff (Forrester Harvey) to be his assistant and his first job is stay over night in Crystal’s luxury Mayfair apartment to make sure she doesn’t leave with her possessions before paying her £83 writ. To help her harried maid Clara (Charlotte Greenwood), Raymond is made the butler. When the guests turn out to be his Highgate residing mother (Beryl Mercer), father and brother, the surprised foursome all pretend not to recognize each other. Raymond falls for Crystal, and not only ruins her relationship with his clueless brother but also the one she with the haughty Sir Charles Cartwright (Alan Mowbray). He’s a womanizer that Crystal is trying to hook again after failing to previously. The British comedy is theatrical, but tolerable as screwball comedy. It was remade as Personal Property. 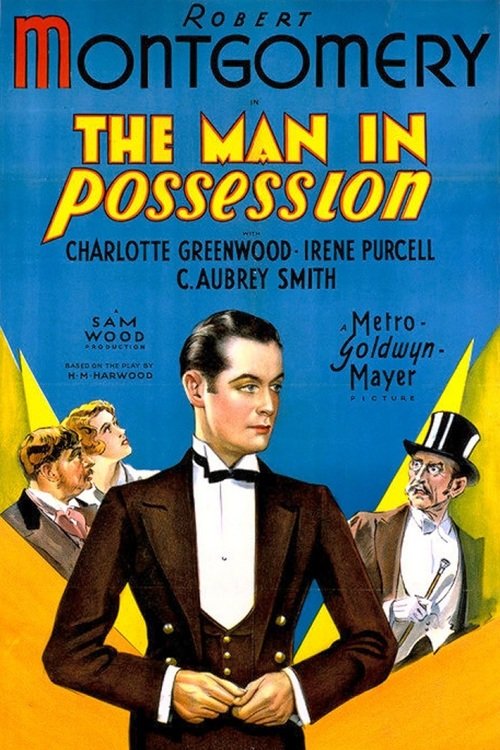