MAN FROM PLANET X, THE

One of those innovative shoestring budget sci-fier films from Edgar G. Ulmer. Overall it is a competent work with some uniquely atmospheric scenes. The film took six days to shoot in the old Pathe Hollywood studio, though the film is set in the Scottish moors. It used the same set designs as Ingrid Bergman did in the 1948 “Joan of Arc.”

After scientists observe in an LA observatory the strange configurations of the planets a British astronomer, Professor Elliot (Bond), discovers an unknown planet he calls Planet X. He figures it will come closest to the Earth in a certain isolated and marshy island on the Scottish moors. He sets up a lab there with his attractive daughter Enid (Margaret Field, the mother of Sally), in order to study the rogue planet. One of his former students, Dr. Mears (Schallert), who is brilliant but is also unstable and evil, unexpectedly shows up at his doorsteps and the kindhearted professor lets him stay on to help.

The film’s hero, John Lawrence (Clarke), is an American newspaper reporter who knew the professor from the war. The professor promised him a chance to get a big story if he was ever onto something, so he asks John to join him in his Scottish moor retreat.

John when he’s not making eyes at Enid and staring down the sleazy Mears, is discovering strange things in the dark and rainy setting he’s thrust into; such as, a magnetic range finder that the unknown planet astronauts used to navigate its spacecraft to Earth. Soon Enid is frightened when she sees an alien (it’s actually an uncredited vaudeville actor stuffed into a diver’s mask, who is sweating like crazy because he’s having trouble turning the knob to adjust his air intake).

The film’s dilemma is about whether this alien is a friend or foe, as the observers can’t communicate with him. When the professor comes down with the flu and is forced to his bed, Mears takes over trying to communicate with him and decides that the alien has valuable info that could make him a very wealthy man. So he decides to beat it out of him, which makes the alien a bit miffed at all the Earthlings. One of the powers the alien has is mind control, and soon the locals disappear and come back as enslaved zombies. When the local constable teams up with the journalist, they discover the alien is picking them off one by one and decides to get outside help from the army. To John’s dismay he finds that besides the locals– Enid, the professor, and Mears have been taken hostage.

To make a ridiculous story short, we learn that the alien comes from a dying planet and they need to conquer the Earth in order to survive. Help will arrive when the constable figures out a way to contact Scotland Yard and John heroically confronts the alien and turns off his air pressure. The alien invaders didn’t put up much of a fight, but I bet if Ulmer had a few more days of shooting time we would have seen a lot more action. 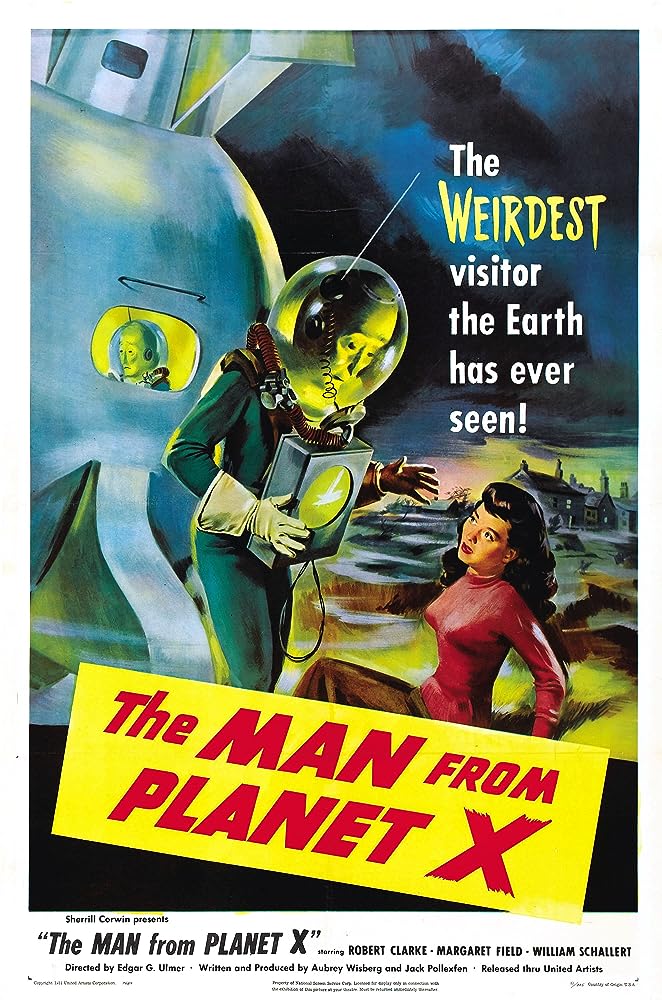