“Offering little that’s of substance and nothing that’s ahead of the learning curve.”

An already dated and whimsical satire on social media celebrity, offering little that’s of substance and nothing that’s ahead of the learning curve. It’s the second film directed by Gia Coppola  (“Palo Alto”) and comes seven years after her first, as the filmmaker kept busy making musical video shorts. Gia wrote the story and is co-writer with Tom Smart.

Set in L.A., it follows the tacky young adult slacker Link (Andrew Garfield), an activist street performer who in his act dresses as a mouse and considers himself a voice against consumerism. He achieved fame on YouTube when a video of him went viral as he was leading a shopping mall crowd in a chant of “Eat The Art!”. It was made by the alienated nighttime comedy club bartender Frankie (Maya Hawke, daughter of Uma Thurman), a young adult who works with her pining young best friend, the aspiring writer and singer Jake (Nat Wolff). During the day hours, Frankie shows her nihilist side by filming such street incidents that are radicalized against the establishment and posting them on social media.

While Frankie does the guerilla filming, Jake does the writing. They get hired by the YouTube channel after their Link piece goes viral. They then make contact with people of influence (Charles Melton-the real-life Instagram guru & Juanpa Zurita-the real-life Mexican vlogger) and with the branding expert, a very funny sleazy agent/producer, Jack Schwartz (Jason Schwartzman).


Anxious to keep their success going with the public, the crew tries to keep getting more outlandish material to catch the public’s attention.

It turns into a bore in its preachy social commentary lectures on how to behave right (all superficial observances). The love triangle that develops has Jake jealous of Frankie’s love interest in the insecure Link, who amps up his shtick to try and keep Frankie’s interest in him. What it couldn’t do was keep my interest. 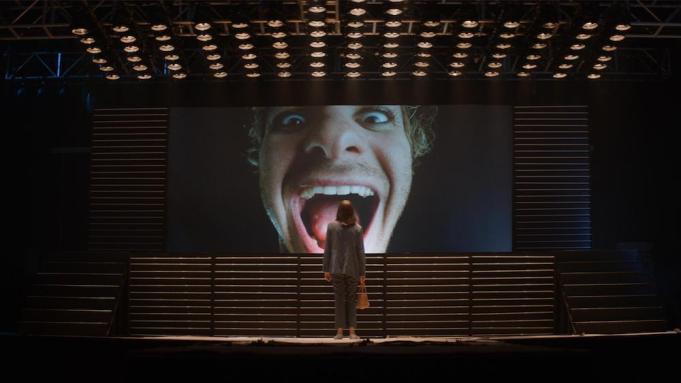