“It stands out because of the star performance of Jonathan Majors.”

An unsettling story about an unstable bodybuilder. It was filmed in 24 days, and directed and written by indie filmmaker Elijah Bynum (“Hot Summer Nights”). It deals with mental health issues.

It stands out because of the star performance of Jonathan Majors as the amateur Black bodybuilder Killian Maddox, who seeks fame and suffers from bouts of violence due to rage over his failures.

His idol is the famed bodybuilder Brad Vanderhorn (Michael O’Hearn), as Killian yearns to be on ‘zine covers like his idol.

Killian takes care of his ailing grandfather (Harrison Page); has a romantic interest in Jessie (Haley Bennett) and spends most of his time working out. Steroids have left him with tumors on his liver.

There’s always a tension and a sense of desperation Killian must live with, as what will happen to him concerns us. 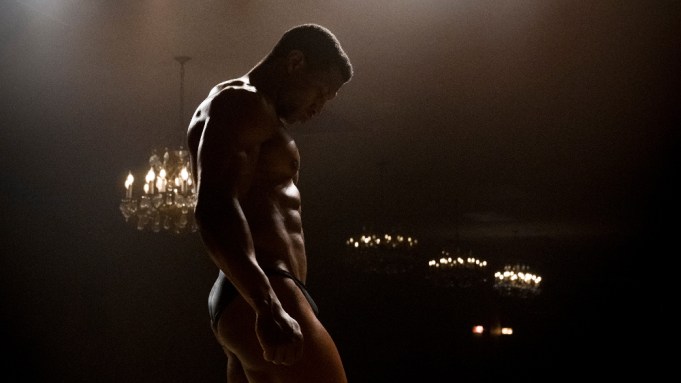 KNIFE IN THE HEAD

NOTHING BUT THE BLOOD