MADE IN CHILE (TE AMO)

Director/writer Sergio M. Castilla (Gringuito) is a native Chilean who divides his time between Brooklyn and Santiago. He has taught film at Columbia University and NYU, and has said that he made this film because he can’t remember as a youth watching films that were made in Chile.

Te Amo is a movie about the lingering effects on Chilean society from the years from 1973-1990 suffered under the dictatorship of Pinochet, and of how lonely and wounded the kids of that lost generation are today. Castilla believes it is a ruined generation, where the children keep a secret dark inward side. This film was inspired after he saw his son Adrian in the play Midsummer Night’s Dream and recruited the other kids into his workshop to create a play about the revelations of growing up in Santiago, Chile, for such abandoned teenagers. The film was written spontaneously while at the workshop to fit the emotions of the teenage actors recruited.

Te Amo is about four struggling teens in Santiago attending the same special American high school, who struggle to create a world for themselves during their summer vacation. The four wealthy teens are: Sam Moscovitz (Adrian Castilla-the director’s son) an abandoned 16-year-old living with his Chilean Type-A business mother after his Jewish American father of Chilean descent and his mother are divorced; Mike (Joshua Walker) is a revolting gringo pothead with a gift for talking trash, whose American father is an extremely wealthy exporter of Chile’ onions; Daniella (Ropert) is a native Chilean whose father is a drunk and her mother is deceased, as she’s being raised by her older sister Francesca and rebels against her by smoking pot and not confiding in her; and Isabel (Araya), a girl with a dark secret about her family’s past she doesn’t want her friends to know, as she feels humiliated–her mother’s father and brother disappeared at the hands of the dictator’s military and her mother still suffers from severe fits of depression.

The focus of the story is on Sam who was born and raised in New York for eight years, and then returns to Chile with his divorced mother. His father has no contact with him and his mother is never home, always on business in the States. He has been cared for ever since he was 8-years-old by his sexy 17-year-old nanny, Ema (Tamara Acosta), who sexually abused him ever since she was hired.

The film opens as Sam drives his friends in his mom’s new Mercedes to an abandoned luxury house he discovered, as he also brings a sofa from his house for the teens to use. They anxiously record their experiences on a camcorder, as they act like real teens–which means the boys are especially obnoxious and talk in a hip-hop lingo, and all of them seem to be deeply affected by their dysfunctional family life. Their featured video is a gross take off on some of those teenager slasher movies, which they call “Do What Your Daddy Tells You.”

They couple off, with Sam and Daniela trying to discover the love they have for each other. The main action revolves around Daniela discovering that Sam is screwing his unstable nanny who unrealistically wants to marry him, and how the friends pull together to get rid of the nanny by contacting his mother.

It’s a familiar theme about teenage alienation, as the story suffers at times from being strained. Also, there are raw emotional scenes that are difficult to watch when they are extended for too long. But what prevents it from just being a cliché teenager film, is that the teens are genuine even if they are not that appealing and the story might not be compelling to everyone–especially those who watch such loud kids in public places and are turned off by them (I guess that would include me). 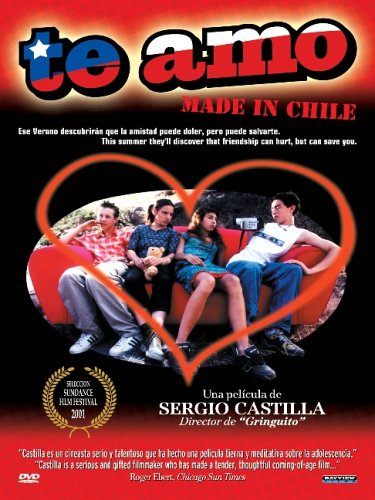