An unpopular and overlong racy Pre-Code musical extravaganza film, that blends together comedy and drama, doing neither much justice. It takes place aboard a dirigible, mounted to a tower in Central Park. It tells a story about a devious socialite (Kay Johnson), She’s a passenger posing as a notorious femme fatale at a wild masquerade party aboard a zeppelin, to win back her straying rich husband (Reginald Denny). It has an undeserved happy ending, as even though the dirigible crashes in the climax the couple reunites. It’s helmed in an artificial rigid manner by Cecil B. DeMille(“The Greatest Show on Earth”/”Manslaughter”/”The Ten Commandments“), whose art of direction stinks. It’s written by the team of Jeanie Macpherson, Gladys Unger and Elsie Jani, whose script stinks. In other words, the pic is a stinker.

Flapper bad girl Lillian Roth sings a few songs, and is the lady that gets wife jealous. The future Topper, Roland Young, plays the party-going drunk pal of Reginald.

Of note, the flop was DeMille‘s only musical. 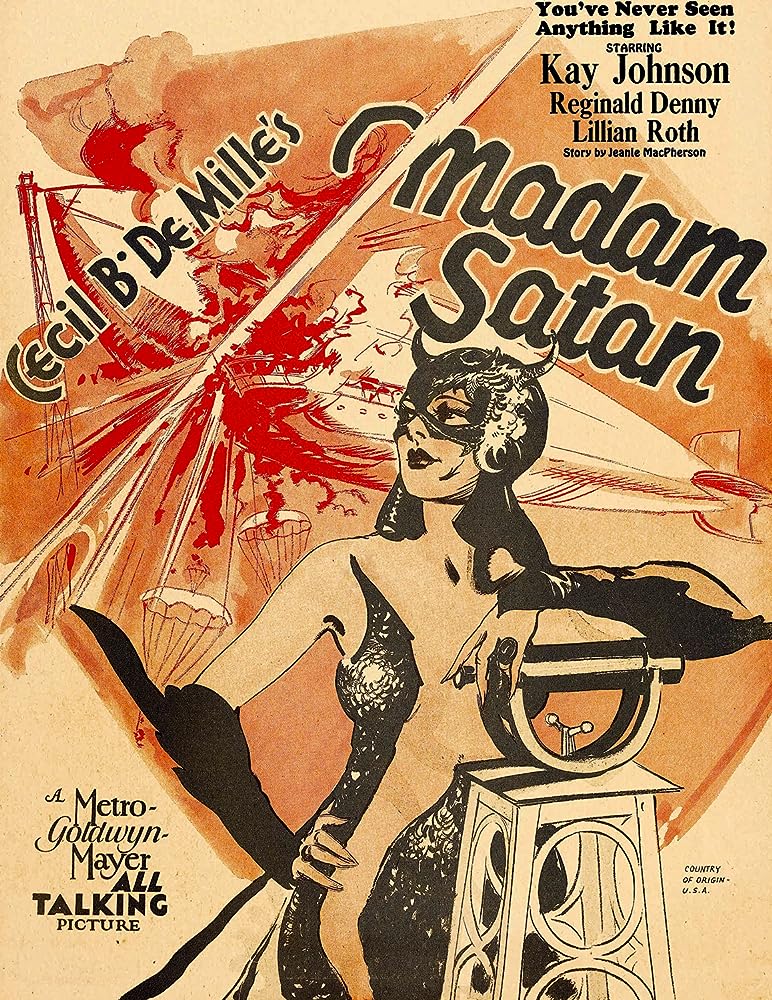