A lyrically beautiful and haunting first fiction feature by Japanese documentary filmmaker Hirokazu Kore-eda that is a study on a young woman’s grief over her first husband’s mysterious suicide. Yoshihisa Ogita provides the script from a story by Teru Miyamoto. The title means “mirage,” as the illusionary beguiling lights at sea can lead a fisherman on much in the same manner as it does a suicide (which is offered as one way to explain the suicide and the irresistible urge to follow such an illusionary light). This is a poignant but quiet tale, with lingering shots of the stunning rugged seacoast landscape to take the place of dialogue. Cinematographer Masao Nakabori does an exceptional job of framing the images. There’s very little conversing, and all the conversations are not as striking as the deep emotional mood set by the surrounding wonders of nature done with wide-angle shots held long enough to have a full impact. Its images are filmed much in the manner of Yasujiro Ozu and the Taiwanese director Hou Hsiao-hsien (Kore-eda used him as a subject in one of his documentaries).

The 20-year-old Yumiko (Makiko Esumi, fashion model) just gave birth to her son named Yuichi, but her joy is dashed as she dreams that her grandmother leaves her Osaka residence to go back to her birthplace to die and that she in the dream is a 12-year-old trying to get her to return home. We never know the truth about her grandmother’s situation, but the implication is that granny died and Yumiko feels troubled that she couldn’t help comfort her. Soon her laid-back factory worker hubby Ikuo, whom she has known since childhood, walks along the railroad tracks and purposely walks into an oncoming train after following its lights.

After a few years an arranged marriage by her neighbor brings Yumiko and her son to Noto, a remote small fishing village by the sea, as she marries a quiet and industrious man Tamio (Naitoh). He has a sage-like elderly father he lives with and a daughter several years older than Yumiko’s young son. The family begins to take root, but Yumiko is not content even though the marriage is working. She is searching within herself for why her husband would commit suicide in the prime of his life, and finds her search reaches some startling answers as she attends a cremation ceremony back in Osaka. Every gesture is Zen-like, as the search for her truth is tense and very moving.

A superior film; one that takes time to fully sink in and be comprehended. The slow pace and lack of linear story and action, will probably not suit all tastes. But for those who are open to its spiritual content and have experienced the pain from grieving over the loss of a loved one, it will go far beyond entertainment value and provide profound reflections on the mysteries of fate and death. 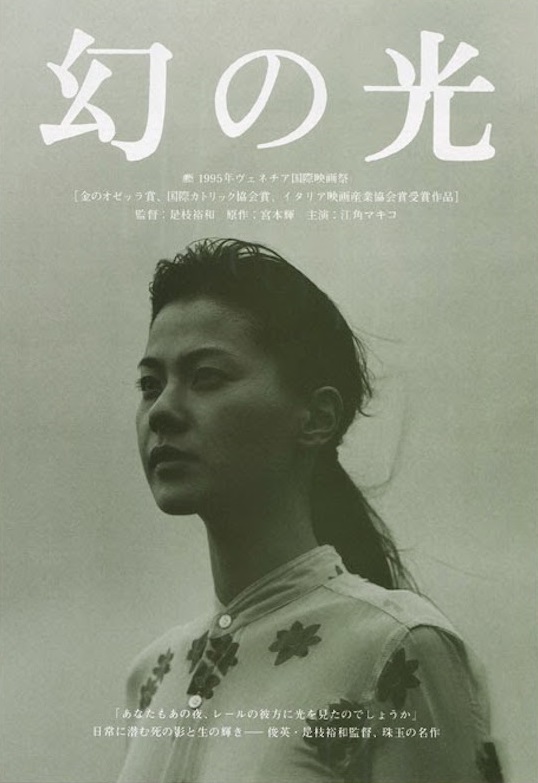