The 80-year-old irascible, chain-smoking and independent-minded widow Grandma Wong (Tsai Chin, who is 85) is reluctant to move into her son Howard’s apartment to save rent even if almost destitute. When she visits the local fortune teller (Wai Ching Ho ), there’s a forecast of luck on the way. Granny thereby empties out her bank savings and goes to the Atlantic City casino, but loses. On the bus ride home, however, a satchel full of money lands on her lap when the man sitting next to her drops dead (it’s later learned he’s an accountant for a triad gang).

The money belongs to the Zhongliang gang, a Chinatown triad that is the main rival of another gang. Granny receives an apartment visit the next day from two triad goons, Pock-Mark (Woody Fu) and Little Handsome (Michael Tow), who try to intimidate her. But Grandma Wong instead seeks protection from the rival Red Dragon gang. Instead of agreeing immediately to their terms, granny recruits a cheaper priced bodyguard, the lazy  6’7″ giant (Corey Ha, former NBA player).

When granny comes under attack and a gang war between rival triad gangs breaks out over her, her protector takes care of the thugs who come after her in scenes that are energized, scary (with several triad members violently killed) and laugh inducing.

Andrew Orkin’s jazzy score is bouncy throughout (but a bit too showy for me), the good location photography by Eduardo Enrique Mayén makes things seem authentic, and the pleasing credible performance by the scowling Tsai Chin (known for being in “The Joy Luck Club”) leaves you sated despite all the film’s dead spots. 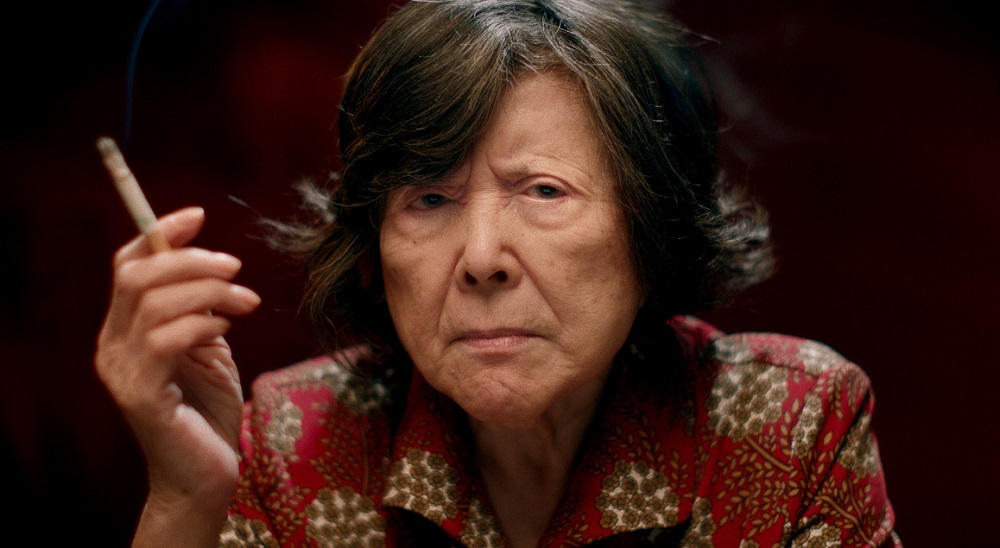 VENGEANCE OF FU MANCHU, THE

FAST AND FURIOUS, THE