Jeff Nichols (“Mud”/”Midnight Special”/”Mud”) is the writer-director of this inspirational true love story of the inter-racial couple, the white construction worker and auto mechanic Richard and his black wife Mildred Loving (Joel Edgerton & Ruth Negga). They married in the 1950s in D.C. while living in their custom built home in their rural Virginia hometown when arrested one night in their bedroom for violating the 1924 state law over the mixing of white and black couples. Their predicament became an infamous civil rights landmark case, Loving v. Virginia, that went all the way to the Supreme Court to change a biased state law. They were well-represented by two idealistic young ACLU lawyers (Nick Kroll and Jon Bass) . This historical drama of injustice deserves telling, especially in these racially charged times. Both subjects are now deceased. What the film does really well is express the love they had for each other, the pain of this long ordeal in the courts and the hardship of moving away from their families to Washington, D.C. just in order to live together. Nichols passionately directs, while the performances by Negga and Edgerton are tender and outstanding. Though the heartfelt film is always decent and meaningful, it nevertheless isn’t exceptional or exciting. 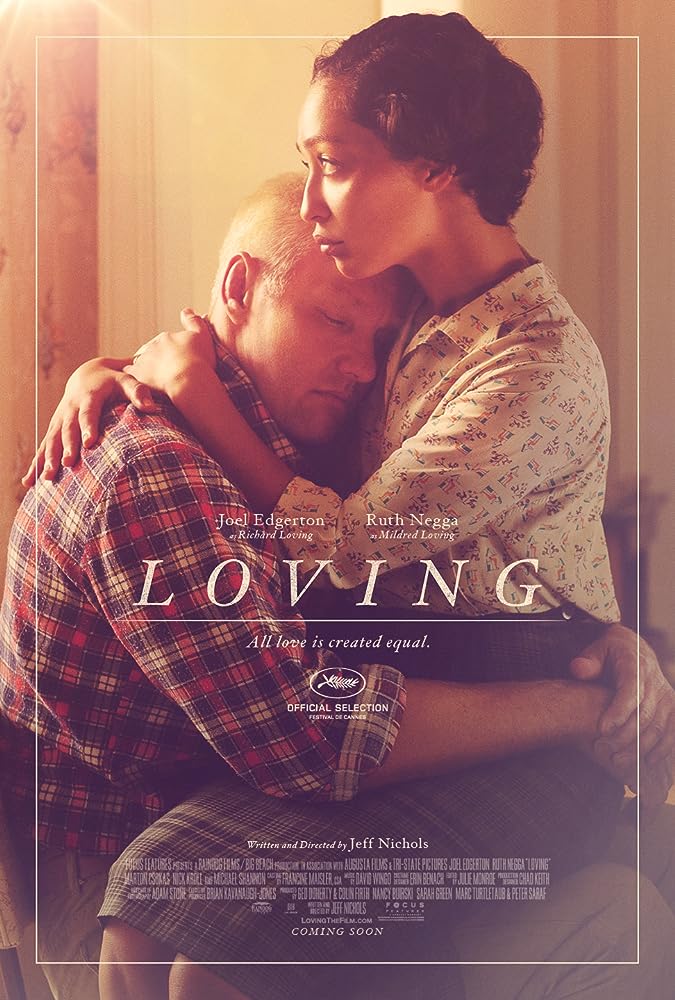