A thin romantic comedy that fails to smoothly navigate over either the romance or comedy parts. Everything about it seems hackneyed, awkward and lifted from many other recent films such as those of Woody Allen—that handled the relationship material with more yuks and insights, and gave it a better cinematic treatment. It doesn’t help that the two stars, Jon Favreau and Famke Janssen, play charmless, self-absorbed characters looking for a perfect match and are unable to be portrayed in a sympathetic or funny manner. This one tastes like a sour apple I had on a blind date many eons ago.

Director Valerie Breiman (“Bikini Squad”) uses the framing device of having the editor of Monique magazine (Ann Magnuson), a fluff women’s ‘zine, ask thirtysomething high-strung writer Kate Welles (Famke Janssen) to write an article on how a single woman in today’s fast world recognizes the difference between love and sex. Kate aspires to be a serious writer and as a protest hands in a vulgar article about oral sex. Her boss tells her that by the end of the day hand in a legit work or kiss the job goodbye. Kate now uses her own dating history for material, as the story proceeds in a girlish Cosmo way with her talking into a recording machine and laying out a string of cloying clichés about the battle of the sexes. It picks up with intensity when the statuesque Kate is out on a date to an art show with a momma’s boy stand-up comedian (Vincent Ventresca) and unceremoniously dumps him when neurotic short and stocky bad painter Adam Levy (Jon Favreau) repulsively gets rid of her date and takes her to a diner. There the couple grill each other with supposedly good relationship questions such as: What’s your longest kiss? and How many people have you slept with? When she says 13 and he says two, this comes as a lingering source of irritation to the macho guy. In any case, Adam and Kate think they have found a love connection and live together for a year. They do such far-out things as adopt a number of kittens, argue over whether or not to rent at a video store Nosferastu or Ninja Babes, bicker over whether or not women age faster than men, kvell over farting in bed and muse over her unexpected pregnancy as they question if they really know each other that well to continue the relationship.

The movie creeps along on life-support with many petty spats between the couple over nothing, and then Kate gives off with what’s supposed to be a wise reflective response by saying into the machine: “The more you’re with someone, the more annoying they’ll become.” Now isn’t she a romantic one! These little spats leads to them seeing others and when she dates a lightweight actor (Josh Hopkins), he becomes jealous and it predictably leads to them getting back together—for a reason that might be clear to them but was never made clear to me. Maybe it’s an L.A. thing why such selfish people think it’s such a cute idea to grovel to each other! 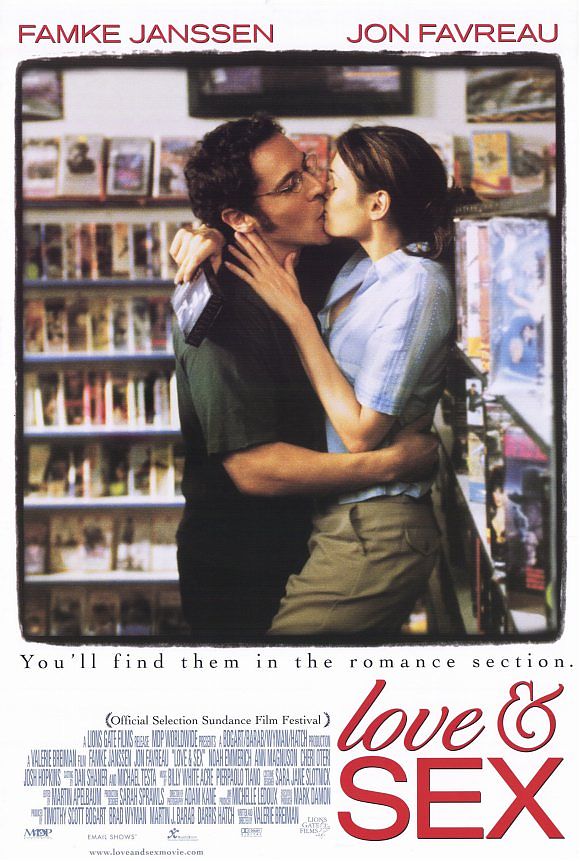