A tepid comedy/drama involving a wealthy nurse, Judith (Holly Hunter), who is miserable. She talks out loud to herself in public since she was dumped for a younger woman after sixteen years of marriage by her cardiologist husband, Dr. Bob Nelson (Donovan). In her Fifth Avenue luxury co-op residence, we will regularly see her entering the lobby dressed-up in evening clothes after a night out on the town. She will regularly come across the divorced elevator man, Pat (DeVito), but never notice him until this one night when she feels talkative and there is no one for her to talk to but him. He is feeling blue because his wife has kicked him out some time ago, after 25 years of marriage, something he has never gotten over; and, recently his beloved daughter passed away. He also has some heavy gambling debts, but doesn’t have the money to settle up with the gangsters he owes the money to. The lonely Judith starts a conversation on the elevator with him and this starts their unlikely friendship.

Loneliness seems to be Judith’s only reason for making contact with someone whom she has nothing in common with. Into the mix of this new friendship you can add the busty nightclub singer at Judith’s favorite nightspot, Liz Bailey (Queen Latifah). She becomes the provider of wisdom for Judith. Though Liz is also divorced and admittedly is no crackerjack in dealing with relationships she, nevertheless, seems to be handling her divorce in a more worldly manner than her new friends.

As you might surmise from a mainstream film like this, it wants to pull you along with all the heartaches it can muster from these lonely souls and it does so by making use of semi-flashbacks and scenes that have a mixture of fantasy and reality to it. We continually hear Judith’s bitter thoughts pour out from her, as she tries to get another life for herself. To a lesser degree, this style of filmmaking also works for the less complicated Pat as his mental grief comes pouring out in spurts. His thoughts are geared to getting all he can out of life, as he tries desperately to just be himself. He feels that he needs only a little help from his family to secure a business and get over his gambling debts.

The film’s title, Living Out Loud, is deliberately misleading, as it should really be retitled as “Fantasizing Out Loud.”

Self-awareness becomes the focal point of the film more than relationships, and thereby the film loses its edge as a romantic film. Its brightest hope is how the viewer relates to the film’s stars. But…my problem is that I didn’t really care what happened to them.

The only innovative feature of the film, which saved it from the doldrums, was that we were able to go inside their heads and hear their thinking process at work. The filmmaker has borrowed this guise of introspection from the pages of Chekhov, which works out reasonably well on film though it is still better served as a device for the reader of books.

At least, the film never turns to mush.

Queen Latifah mops up the screen with her bosomy presence and dwarfs the other co-stars when onscreen together.

Fortunately the story was believable about the two loners and their need to use each other in a nice way to find out who they are. But I couldn’t picture them falling in love for even a New York second and certainly not for a minute — these two were just not compatible. 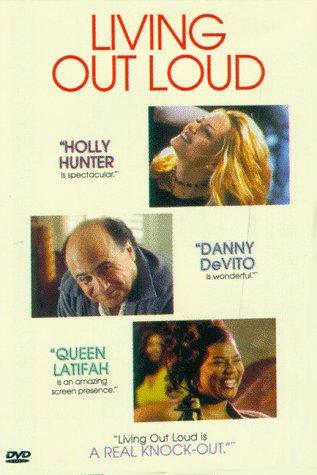