“At best a mildly entertaining romantic comedy, an early example of a studio film that can be churned out fast.”

George Fitzmaurice (“Suzy”/”The Last of Mrs. Cheyney”) helms at best a mildly entertaining romantic comedy, an early example of a studio film that can be churned out fast. It gives its developing star Rosalind Russell a chance to gain popularity by teaming with the popular veteran Robert Montgomery.

Russell plays a socialite heiress who falls in love at first-sight with the impoverished Greenwich Village bohemian artist Robert Montgomery, she meets by chance, and they soon marry. While living in his small pad she supports him, but he vows to support her some day with his paintings. When a fight between sailors and marines breaks out over the worth of his painting he is doing in Central Park, it makes newspaper headlines. Savvy art dealer Monty Woolley hears of the spat and displays the picture in his prestigious gallery, where the artist’s work is well-received. Now recognized, he gets a clientele of rich patrons for commissions. But success spoils him and he becomes a sell-out, trading his simple life for one of fame and fortune. The artist becomes so full of himself, that Russell files for a divorce. Predictably the artist loses his skills when he betrays his values, but eventually comes to his senses and tells those at an art school he has learned from his mistakes and that art is something that can’t be compromised for money. You can bet the house that gesture will get him back in Russell’s good graces. When the daffy support characters like their mutual friend Robert Benchley and the landlady Maude Eburne get into the act, there are some laughs and the result is a pleasant but forgettable film that had a strong box office.

The original plot was an adaptation of an original story by Helen Grace Carlisle, that gave way to a story by Marion Parsonnet. The screenplay was handled by the writers Charles Brackett, Cyril Hume and Richard Maibaum. 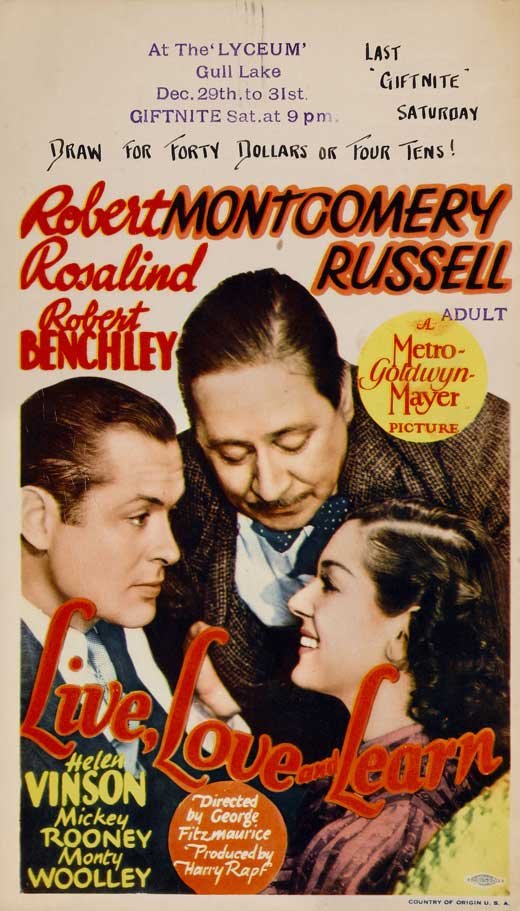