“Shows Renoir knew how to imaginatively use special effects early on in his career.“

Writer-director Jean Renoir (“La Marseillaise”/”Nana”/”The Elusive Corporal”), son of impressionist artist Pierre Auguste Renoir, was inspired by a tale of Hans Christrian Andersen. This is a superb short avant-garde fantasy film; one that was especially noted for being a technical marvel. It was the last time Renoir was to direct his wife Catherine Hessling, as they were divorced soon after this film was completed.

Karen (Catherine Hessling) is a poor young girl struggling to survive in an unnamed Northern European city by selling in the street match books during a snowy day before New Year’s Eve. After being hit with snowballs by a couple of rowdy children, the weary, hungry and cold peddler is unable to sell any matches to the prosperous shoppers and returns to her rundown shack in desperation. There she tries to keep warm by lighting one of her matches. This causes her to hallucinate as she lays there in the snow outside of her shack and dreams that the toy soldiers she saw in the store window have come to life. One of the toy soldiers befriends her and they try to escape death by riding a horse in the sky. Realizing that she can’t face the harsh truth of reality any longer, Karen retreats into her fantasy world to die that night in peace atop a cliff in the sky while in reality she’s left to die a miserable death in the snow.

The experimental film is filled with rich imagery, its simplistic tragic story is effectively moving (mixing realism with sentimentality), its depiction of the wide gulf between the upper and lower classes is on target, and the dream sequence shows Renoir knew how to imaginatively use special effects early on in his career. 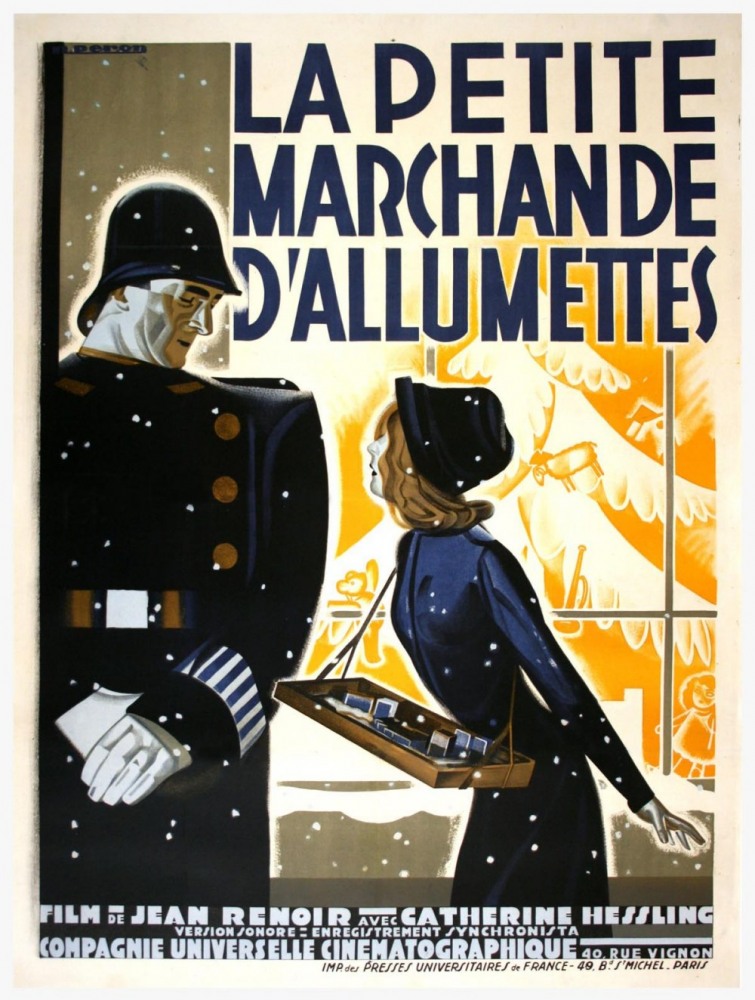