A Faustian comedy co-written and directed by Richard Martini(“Camera”/”Cannes Man”/”Con Man”). The other writer is Luana Anders, who also appears in the film.

Casey Falls (Nancy Allen) is a runner at Chicago’s Midwest Grain Exchange, which deals in soybean futures. The ambitious Casey aspires to be a trader, but her employment is blocked because she’s a woman. The story gets weird when she meets the hipster Nike (Danitra Vance), an agent of the Devil. She guarantees Casey a trader position in return for her soul. After accepting, Casey quickly reaches the top of her field. It seems the Devil is using her to corner the soybean market to create a world-wide famine. To stop the Devil’s catastrophic scheme, Casey must risk everything to get out of the contract.

The fantasy film, made with good intentions but uninspiring in its moral lessons about greed. It was too tedious and dim to have much impact. It makes Goethe’s classic masterpiece into something banal.

Dean Stockwell is Allen’s greedy employer who later becomes her rival. Sally Kellerman has a small part as a nightclub singer. Ray Charles spouts a number of morality lessons. 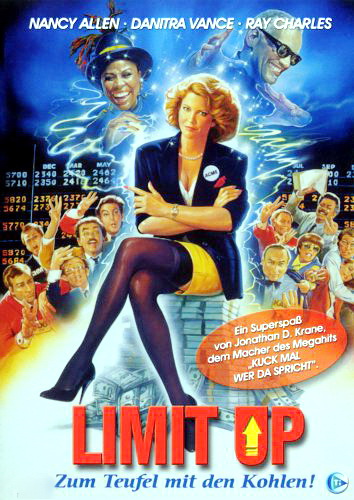