“Played more for a black comedy than for a corporate greed or menace film.”

After two boorish drunken couples leave a restaurant and nearly suffocate to death when they get stuck in an office building elevator during a lightening storm and the air conditioner malfunction, ace elevator repairman Felix Adelaar (Huub Stapel) is called to troubleshoot the elevator system and finds it okay. But the next day a blind man (Onno Molenkamp) falls down the elevator shaft and is killed, and the nightwatchman’s (Gerard Thoolen) head gets stuck in the doors and he’s decapitated. Felix becomes obsessed about the lift’s safety (though it’s difficult to comprehend why he never thinks of just putting an ‘out of order’ sign on the not working properly lift) and when neither his boss at the elevator factory nor the haughty office building manager (Piet Romer) are concerned, Felix teams up with the sexy snooping tabloid magazine journalist Mieke (Willeke van Ammelrooy) to track down the mystery behind the failed lift. This causes domestic friction with his jealous wife (Josine van Dalsum), who wants him home to take care of their two pesty youngsters and is ticked off that their friends spot him with another woman. It also gets the reserved Felix suspended from his job for uncovering that his elevator company’s electronics partner, the international conglomerate, the Rising Sun Electronics, has secretly done risky experiments with microchips that are flawed because they keep multiplying and should not have been used in this lift if the tests were revealed.

Played more for a black comedy than for a corporate greed or menace film. The set piece accidents of man vs. machine confrontations provide good sight gags. They also are scary without showing graphic gore and ably reveal how out of control big business is when it comes to matters of profits versus public safety issues. When the truth behind the accidents are finally revealed as a silly one, the pic is slowed down considerably by its tedious domestic subplot that goes nowhere. The final confrontation between man and machine was too absurd to give it a second thought.. But the bumpy up-and-down diabolical elevator movie still had a few scenes of merit to keep it watchable. 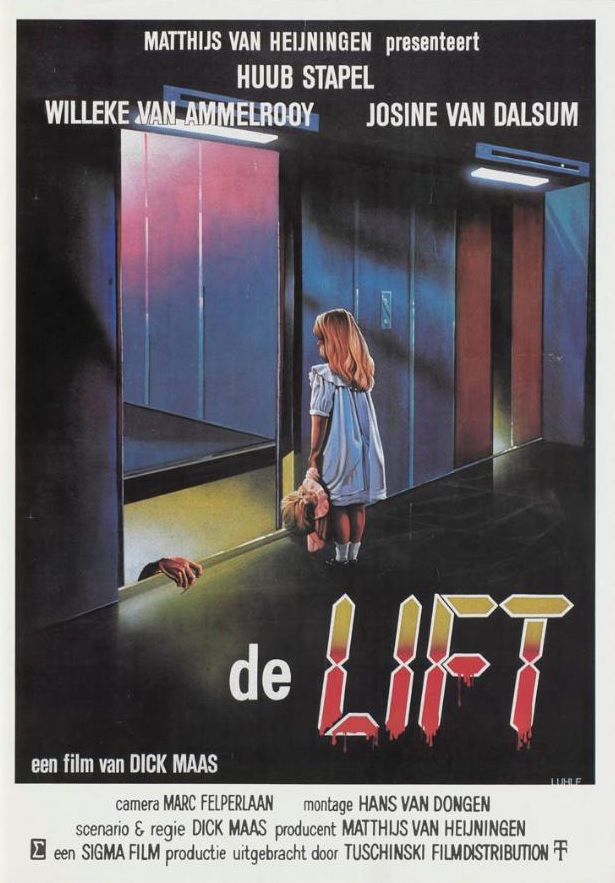